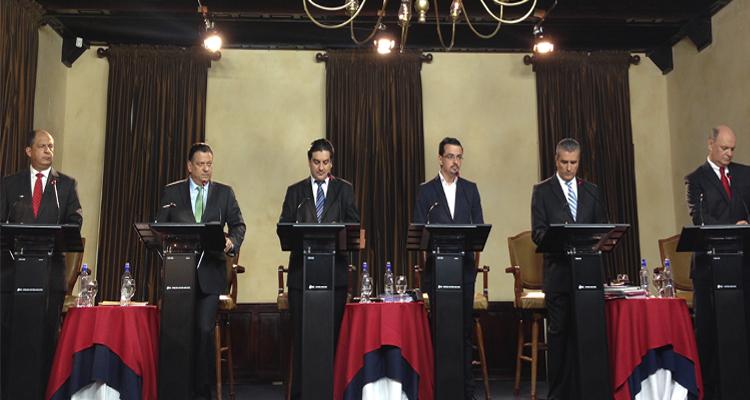 Partido Unidad Social Cristiana (PUSC) party presidential candidate Rodolfo Piza has a partial solution to the Caja Costarricense de Seguro Social (Social Security) financial crunch — cure it of what he calls red tape disease (tramitomania). The rest is a concerted attack against corruption and finding a financial balance in the institution.

Meanwhile, Movimiento Libertario candidate Otto Guevara is already planning for the possibility that he will be involved in a second round in the election — a vote-off, as it were. This happened in 2002 between the eventual winner, Abel Pacheco, and challenger Rolando Araya (brother of current candidate Johnny Araya).

Piza says the bureaucracy at the public hospitals run by Social Security (Caja) is not only an obstacle to patients getting treatment. But that bureaucracy is a drag on citizens in general, preventing many from shaking poverty and raising themselves into the middle class.

He characterized the paperwork for a citizen to build a house as a “Calvary” and said he had identified no fewer that 25 “bottlenecks” in the Social Security system in its treatment of patients. The candidate also promised, in an interview with channel 9, transparency, to control spending, eliminating exoneration from taxes, and combating corruption by punishing offenders.

Guevara, third in the latest poll, meanwhile is looking for partners in order to break a possible tie and a runoff election. Due to the proliferation of political parties, this has become a real possibility.

His party of the far right is a possible counterbalance with Jose Maria Villalta of the Frente Amplio party of the extreme left. But when it comes to envisioning a coalition, only the Social Christian Unity party appears far enough right to make sense. Most of the tiny parties are semi-socialist.