227 Murders So Far This Year And Counting… 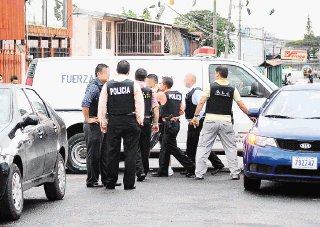 The number of murders in Costa Rica this year to date is 227, the majority from “sicariato” or “murder for hire” in English.  The concern of authorities is not only the increase in sicariatos, but also the increased used of motorcycles by attackers, complicating the process of solving the homicides. 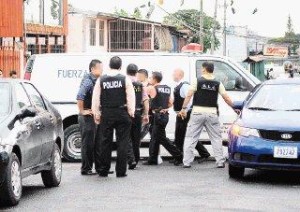 The method most applied by sicarios (hitmen) are of two men on a motorcycle, one in the back opening fire on the  target, the other making the quick get-away offered by a motorcycle.

Francisco Segura, head of the Organismo de Investigación Judicial (OIJ) says that in most cases witnesses are able to provide a description of the motorcycle and the passengers, but not enough to lead to identity and arrests.

According to OIJ statistics, the months with the highest murders this year are February with 34, May with 33 and January with 32. The OIJ says that the cantones with the highest incidents of murder are, San José, Limón, Guápiles, Goicoechea and Tibás (the latter two suburbs of San José).

Segura said that authorities are looking into measures to curb the murder rate and in particular the use of motorcycles. The director cites places like Colombia that require motorcyclists to wear vests and helmets with the license plate of the motorcycle.