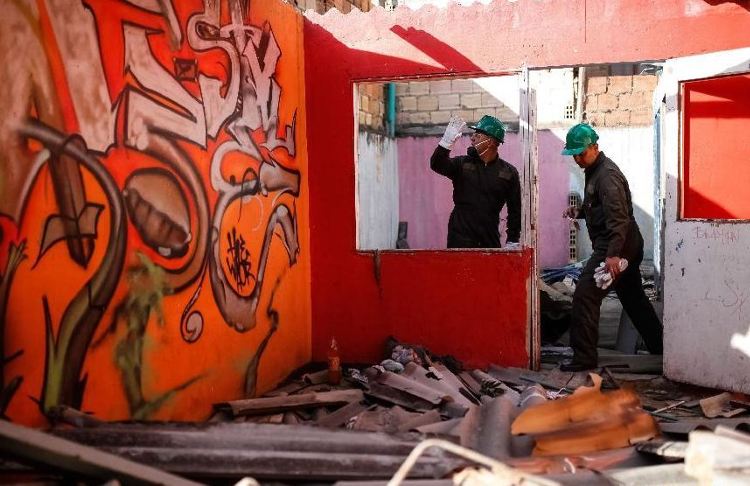 TODAY COLOMBIA – Colombia’s President Juan Manuel Santos has ordered the demolition of numerous buildings used as drug sales points, a strategy that seems to have little practical value and will almost certainly do little more than push micro-traffickers to move to a new nearby location.

Santos declared that Colombia’s year old “war on micro-trafficking” has seen the drug sales points known as “ollas” divide and multiple into “mini-ollas.”

“We have recognized that if we manage to destroy these mini-ollas — literally destroy them… we will be able to tackle the root of these mini-structures that are causing so much damage,” the head of state said.

Starting on April 11, 92 constructions across Colombia currently used as “ollas” — the Colombian term for drug sales locations — will be demolished, El Tiempo reported. The government has plans to repossess a further 400 buildings used for these purposes.

The president made it clear the action was intended in part as a warning to the owners of the houses, stating: “Be very careful who you rent to.”

According to Santos, these proceedings have been authorized either by the Prosecutor General’s Office or, in some cases, by local mayor’s offices. Colombian law allows the state to take over a property being used for illegal activities, without providing any form of compensation to the owner.

This is just the Colombian government’s latest move in its “total war” on micro-trafficking, which it has labeled one of the biggest threats to national security. Last year, police carried out numerous raids in sectors of cities known to be major drug sales points. However, locals in the city of Medellin told InSight Crime the closing of buildings used as ollas had no effect on drug supply, merely causing the criminals’ activities to move a block down.

It is unclear how destroying houses will go beyond this and put an end to a criminal activity that is both deep-rooted and highly adaptable, especially as it is extremely unlikely that the properties are owned by the criminals that use them. As before, the move is unlikely to achieve much except push the problem to a new area,

Furthermore, while the move may be intended as a warning to owners who lend their properties to criminals, it does not account for the fact that many owners are forced to hand the buildings over to these groups.