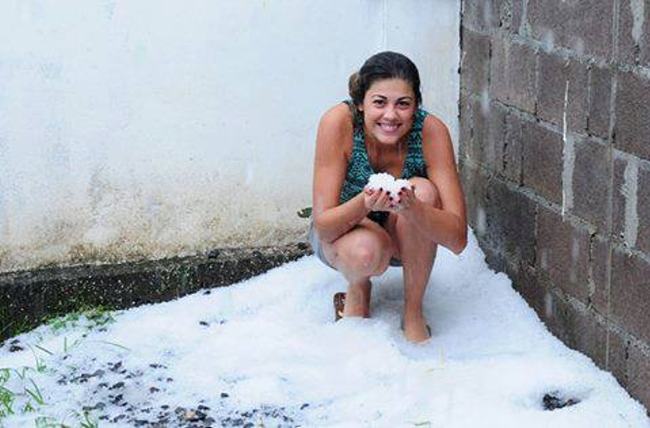 It was almost 2pm when the skies opened over the Central Valley, resulting in several Heredia communities affected the worst, as the rain and strong winds lifted the roofs of 25 houses.

Hail and floods were also common, most in particular in Lagunilla de Heredia.

According to Hector Chaves, director of the Bomberos (Fire Department), fire trucks attended to the emergencies, where roods of homes were lifted. In addition, the Samuel Sáenz school, the Universidad Latina and the Walmart store were hard it. No injuries were reported.

According to the meteorologist at the National Meteorological Institute (IMN), the phenomenon can not be described as a tornado, because it does not have the cone shape, but there were strong winds.

Besides Heredia, the thunderstorm dumped water on Escazu, Uruca and Barrio Mexico.