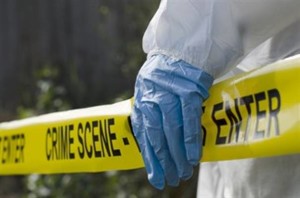 Last month, 25 people were killed with a gun, knife or other weapon, according to the Cruz Roja Costarricense (Costa Rica’s Red Cross). In the December 2012, 16 murders were recorded.

The last recorded homicide of 2013 was of a Alajuela woman Monday night (December 30) at 10:40pm, in the shantytown of El Erizo. The victim was identified as Angelica Orozco Hernandez, 30 years of age, who was an alleged drug dealer of the area. The preliminary report by the Organismo de Investigacion Judicial (OIJ) indicates that the woman refused to supply a client who owed her money. She was shot in the chest.

In addition to the murders, the Cruz Report indicates another 84 people died violently, of which 38 died in traffic accidents such as being struck by a vehicle or in collissions, the rest in water accident, electrocutions and other accidents.

With respect with the total number of deaths from all violent crimes, the OIJ record shows 360 up to the end of November of 2013.

QCOSTARICA - When CR was so beautiful, healthy, and safe! No motorcycles. No loud cars. No billboards. No traffic. When everyone walked to a pulpería,...
HQ