According to the Dirección de Protección y  Seguridad Interna del ICE  – the internal security at the state power and telecom utility – four employees were under fire suspected of embezzlement. 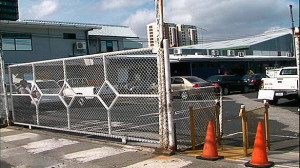 The Instituto Costarricense de Electricidad officials said the employees would change amounts on invoices to collect the differnce after payment.

Although none of the employees have yet to be arrested, the case file was handed over to the Organismo de Investigación Judicial (OIJ) – Costa Rica’s judicial police – to investigate and if enough evidence found, to charge the employees.

Based on information confiscated by ICE’s internal investigators on raids on the ICE buildings in La Sabana and plants in Pavas, they found scanners and invoices used to defraud the state entity.

ICE officials did not say its customers were defrauded or not.

FINCA PARAISO (QCOSTARICA) At this time of the year many forested parts of Costa Rica are alive with the song of chicharras, cicadas. They...
National

QCOSTARICA - For their preparedness to face tsunamis, the communities of Tamarindo and Sámara were recognized by the Junta Nacional Tsunami Ready de Costa...
Immigration

QCOSTARICA - Before I get into my opinion of the irresponsible actions of the immigration service and the ICT, good news for tourists who...
Front Page

QCOSTARICA - This Semana Santa, if the number of daily new cases continues on its current trend, we will not see the harsh sanitary...
Employment

QCOSTARICA - The latest unemployment figures show that women have been affected the most during the pandemic: more than a quarter of the female...
Living in Costa Rica

QCOSTARICA - The Ministry of Public Works and Transportation (MOPT) announced Thursday that it will grant a grace period for six (6) more months...
Colombia

Q COLOMBIA – In less than two weeks, Colombia enters its first rainy season of the year, which will very possibly have an increase...
Redaqted