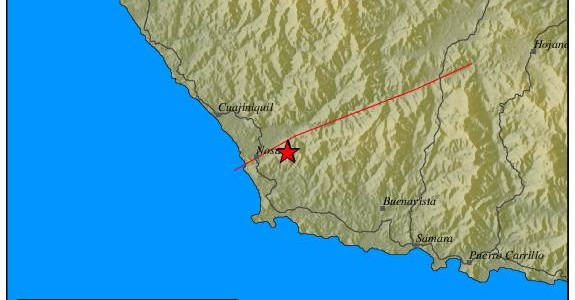 An earthquake registering 5.7 on the Richter Scale, with the epicentre in Nosara, Guanacaste, was recorded at 2pm Sunday  by the Observatorio Vulcanológico y Sismológico de Costa Rica (Ovsicori).

seismologist Marino Protti, explains that the quake was an aftershock of the Nicoya quake of September 5, 2012.

While Sunday’s quake was felt throughout the country, its intensity was highest in Guanacaste and the Central Valley.

More replicas are expected in the area, although the Protti says their intensity is unknown.

QCOSTARICA - The investigation into alleged bribery of public officials in exchange for contracts for road works, received help from informants within the Consejo...
Weather