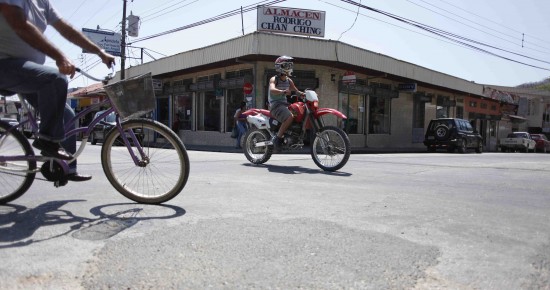 By:  Wilberth Villalobos, VozdeGuanacaste.com  – The peace of people of Guanacaste was interrupted on Sunday afternoon after a series of five earthquakes in less than two hours.

After 10 minutes, the third of the quakes occurred with a magnitude of 3 near Finca Santa Elena of Nicoya.

Afterward, a four tremor was registered at 2:23 pm one kilometer southwest Miramar of Nicoya near Pilas Blancas, according to preliminary data from the Volcanologist Observatory of Costa Rica (Ovsicori).

The last seismic movement of 2.8 happened at 2:50 pm and took place near Playa Pelada.

According to reports received by The Voice, the 5.8-magnitude earthquake caused the most commotion and was felt in practically all of Guanacaste and part of Puntarenas.

Reports were received from Liberia, Nicoya, Samara, Nosara and Paquera. As of yet, there are no reports of affects to structures or human lives.

- Advertisement -
Paying the bills
Previous article5.7 Quake Rocked Nosara On Sunday
Next articleContraceptive Linked To 23 Deaths in Canada Sold Over The Counter in Costa rica