As of December 2 everyone leaving the country at land border posts will be required to pay a US$5 exit tax, announced the Dirección General de Tributación (Directorate General of Taxation).

Tributación is expecting some 100.000 people to cross the border in the last week of December alone, the majority Nicaraguans heading north for the holidays.

[BLOG] Administrations in Costa Rica Do Things “A Lo Chiflado”

The tax is payable  AHEAD OF REACHING THE BORDER at any branch of the Bancrédito (Banco Crédito Agrícola bank) and Coopealianza (a cooperative financial institution), in the same way it is collected at the airports. But, instead of having counter and teller, the bank will be installing ATM’s machines to collect payment and issue proof of such.

The ATM’s are expected to be in place within two weeks.

In addition, selected travel agencies and bus companies that provide transport to Nicaragua, Panama and the rest of Central America.

Immigration officials at the land border posts in Paso Canoas and Sixaola (southern border with Panama) and Peñas Blacas and Sabalito (northern border with Nicaragua) will be responsible to check online the validity of the payment receipt to avoid fraud and re-use of same.

Exempt from paying the tax are diplomats, sports delegations, bus and truck drivres.

Tributación says the money will go toward improving the country’s land border crossings. 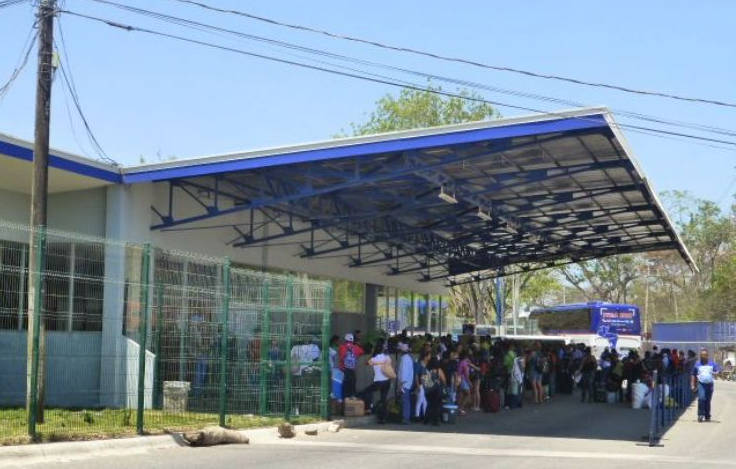