[BLOG] Administrations in Costa Rica Do Things “A Lo Chiflado” 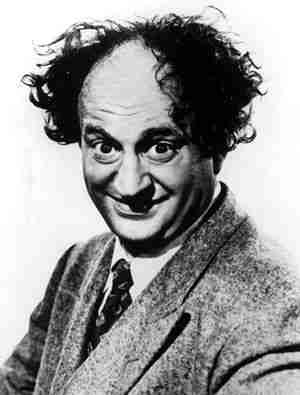 It never ceases to surprise me the way this and past administrations do things, how they don’t take into account the consequences of their ill thought out plans on all of us. There is not enough space on the internet to list everything, so I’ll just make a case and point of the latest “a lo chiflado” (silliness).

Tuesday morning the taxman tells us that the US$5 land exit tax goes into effect Monday (Dec 2).

Every person leaving Costa Rica must pay. BUT immigration officials cannot accept payment. NOR is there a Bancredito or Coopealianza branch at any of the four land border posts to collect the tax.

The Taxman tells us that payment MUST be made in advance or at the ATM’s at the border crossing. BUT the ATM’s will not be there for two weeks yet.

The tax was approved in August, so there was time to coordinate. No?

OK, so here I am travelling – north or south, take your pick – I get to the border and I knew nothing of the tax or forgot. What do I do? If and when the ATM’s are in place, I am saved. But, if I don’t have an bank card? Worse, if I am one of the thousands of foreigners with cards that charge the use an ATM? (I can bet the payment will dealt as a cash withdrawl,  same as when paying the exit tax at the airport with plastic).

Past administrations have spoiled us, never charging us leaving or entering the country by land. In Nicaragua, for example, I am charged a visa (entry fee) by that country’s immigration service and then a hand out to the local municipality. The same when leaving, only in reverse. All is done in cash.

On the Costa Rican side never a cost. Until now.

I am not liking it, but understand that if governments can they will dig deep into our pockets.

But not to have an alternate collection system in place, that is “chiflado”. So, what happens when the ATM is not working, because of technical problems or power failures that are still common today? Or to the poor soul who has no ATM card and not aware of the tax? Back to La Cruz or Liberia (using the Peñas Blancas as a crossing point). And must be done during banking hours.

On the positive side of this I see the overnight creation of a new industry – the selling of exit visas by the “gavilanes” (hustlers). And of course for an added fee, which depending on the time of day or night, the colour of your passport and the language you speak, can easily be $10, $15, $20 or more. The law of supply and demand rules!

As a consequence this will also mean a waste of police resources called in to investigate the fraud, the gavilanes.

All could have been avoided through a simple co-ordination between the tax department and the Bancredito to set up a teller, just like you see at Riteve (vehicle inspection station), to collect the tax. The bank is taking its cut to offset operating costs.

They had since August to get it together.

And the lines at immigration, where officials must confirm the payment is genuine. With the holiday travel season around the corner, I know I will be writing here about the delays at the borders, the long waits and pictures of long lines.

¡Diay, this is Costa Rica!