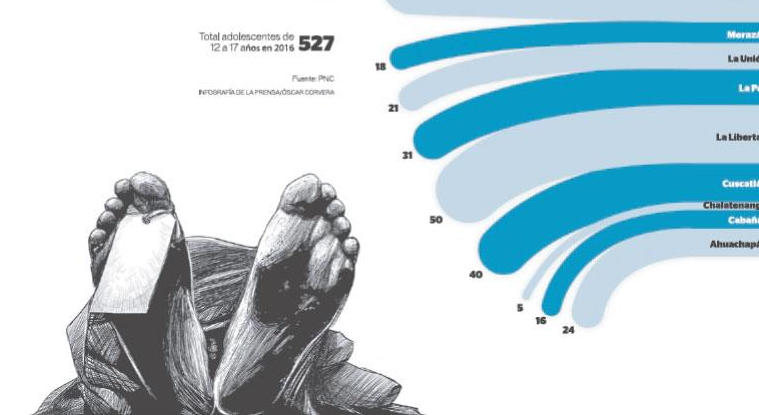 Q24N (via Insightcrime.org) A recent police report in El Salvador shows that an average of 1.5 children were murdered every day last year, an illustration of how an intense gang conflict and generalized violence are impacting the country’s youngest and most vulnerable populations.

The 540 murders of minors in El Salvador last year accounted for more than 10 percent of the 5,278 homicides nationwide, according to police data accessed by La Prensa Gráfica. 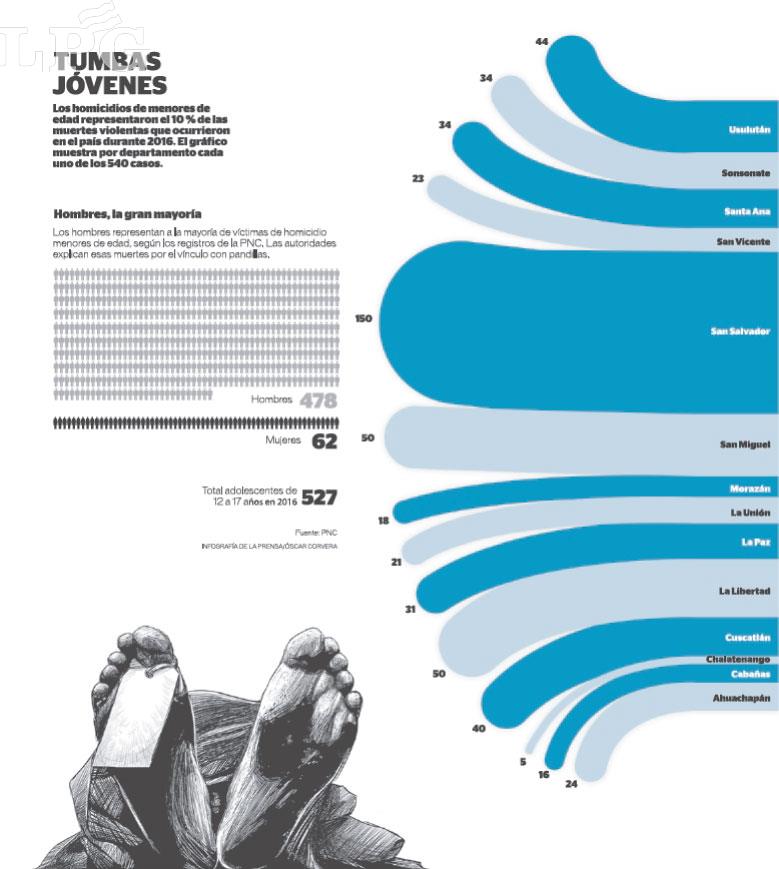 Two police officials who spoke on the condition of anonymity told La Prensa Gráfica that the high number of minors who were killed can be attributed to youth involvement in gang activity. Attorney General Douglas Meléndez recently said that cases of extortion carried out by minors has increased by 120 percent.

The news outlet, however, pushed back against the police officials’ assertion by citing three recent murders of children who had no discernible links to gangs.

The police report provides hard data on the violence Salvadoran children are exposed to on a daily basis. Between 14,000 and 15,000 students dropped out of school in 2016 because of the threat of violence, according to government officials.

The country’s street gangs play a major role in inducing this climate of fear. Police officials and teachers told Spanish news agency EFE in early January that gangs are sending their youth members into the school system in order to recruit other students to start peddling drugs. Meanwhile in neighboring Honduras, gangs have been known to recruit children as young as six years old.

Authorities in El Salvador have previously used the gangs’ recruitment in schools as justification for lowering the legal age of adulthood so that minors could be prosecuted as adults. These measures wouldn’t have a major impact on reducing insecurity among school-aged children, however. Given the generalized violence that is afflicting the country as a whole, it’s unlikely the homicide rate for minors will drop without a corresponding decline across other age groups as well.

Q24N - The Bitcoin debut in El Salvador as an official...
Read more