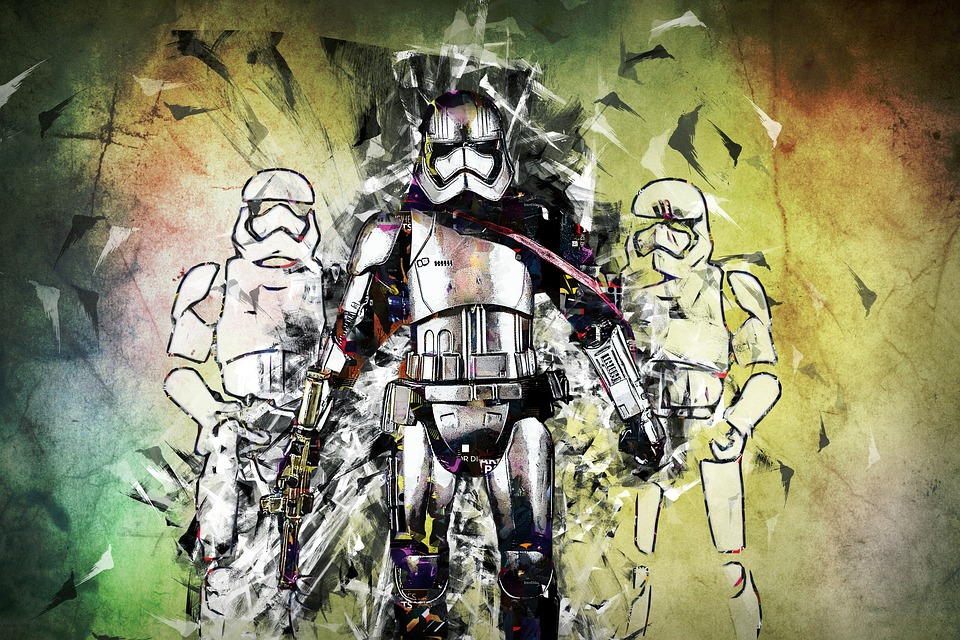 The last installment in the Star Wars saga, The Last Jedi, hit Costa Rican theaters on December 15 of last year, grossing over $620 million worldwide. In contrast, 2015’s Force Awakens set an all-time record earning $529 million in its opening weekend, according to Deadline.

It went on to gross over $1.1 billion internationally and is the highest grossing Star Wars installment of all time, with record IMAX viewings in Costa Rica.

That film was full of hidden facts that only truly dedicated Star Wars fans would see. The Last Jedi has its fair share too.

Here on Q Costa Rica we are big fans of the film, especially how it dealt with themes of power and corruption. Let’s have a look now at 7 interesting facts about the film that you may have missed.

You may have missed it in A New Hope, but the dice that Luke gives Lea in The Last Jedi in the rebellion bunker are actually a memento from the Millennium Falcon and a nod to Han Solo. Forbes recounts that the golden dice were hanging in the cockpit of the Falcon in the original film. In another nod to Han Solo, Luke Skywalker repeats Solo’s line after fighting Kylo Ren, when he says “see you around, kid” in his best Harrison Ford voice.

With new fantastic locales for each film, the casino in Last Jedi is the most expensive and largest set built for a Star Wars film. It took 16 weeks to build and was split across two stages at Pinewood Studios, with the exterior built at Longcross and the medieval city of Dubrovnik standing in for the planet Canto Bight.

Writer/director Rian Johnson loves old films and they were part of his inspiration for developing The Last Jedi’s story. The three classic films were: The 1949 WWII air-force drama 12 O’clock High, Hitchcock’s 1955 classic romantic thriller To Catch a Thief and the 1964 samurai action drama Three Outlaw Samurai.

The adorable creatures that everyone wanted to take home were designed by creative supervisor Neal Scanlan. He was tasked with making 130 creatures. The Porgs are a mix of a puffin, an owl and a baby seal.

Everyone saw Luke’s ship at the bottom of the small inlet along the island of Ahch-To. Yet only eagle-eyed fans would have noticed that the X-wing’s s-foil makes a perfect door to Luke’s hermitage abode atop the island.

Rogue One director Gareth Edwards gets a cameo as a resistance soldier on Crait. He is the soldier looking on in confusion as his fellow soldier licks the white stuff on the ground and declares it “salty.” Edwards originally gave Last Jedi director Johnson a cameo as an Imperial Technician in his movie, so Johnson returned the favor, according to Vanity Fair.

If you look closely when Luke takes the lightsaber offered by Rey when they meet, his robotic hand clearly shows damage he took from a laser blast while fighting on Jabba’s barge above the Sarlac pit in Return of the Jedi. That’s continuity for you.

The Star Wars universe has reached fans throughout the world. Here in Costa Rica we have Star Fest, a celebration of everything Star War that began in 2014. The Tico Times reports that the celebration brings together fans from all over Costa Rica for a four-day festival. It is a chance for fans to share and celebrate the passion for Star Wars, meet some of the notable characters and experience the iconic music played live. Included in the concert is The Mos Eisely Cantina bar theme. The bar is so deeply entrenched in Star Wars lore, and so established in pop culture that PartyPoker list it in their top fictional pubs to play poker in. It has become so famous that no Star Wars event would be complete without honoring the bar and its famous John Williams theme.

Costa Rican Star Wars can further explore the galaxy far far away by watching Solo: A Star Wars Story, which is out now.