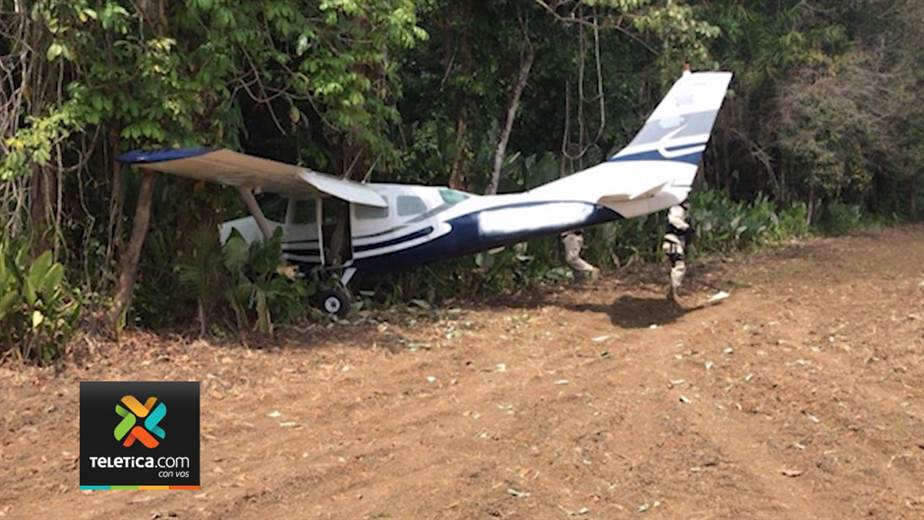 Costa Rican authorities on Monday morning found an abandoned aircraft on a farm in Coto 47, in the southern zone, about 7 kilometers from the local landing stip known as La Campiña.

Officials of the aerial surveillance service located the Cessna 210 Centurion in a wooded area.

Efforts to locate the crew and any passengers was negative. The plane was empty of any possible illegal drugs or money.

Authorities say evidence indicates the plane was abandoned only hours before its finding.

The aircraft has a Colombian flag on one of its sides and the tail number HK5054G, although authorities are in the process of verifying if it is real. Drug traffickers typically misidentify such aircraft.

The week before last, authorities in the south zone confiscated another abandoned small plane.

On January 8, in the Lomas de Sierpe in Cariari de Pococí, another small plane linked to drug trafficking crashed.

On February 12 in the same area, authorities intercepted another aircraft in which three Mexicans transported ¢165 million colones.

Minister of Security: “Costa Rica is a transit, a warehouse, the cocaine does not stay here”

QCOSTARICA - Drug seizures made by all police forces in Costa...
Read more

QCOSTARICA - Wednesday morning was a quiet morning in...
Economic Recovery