A Hell Of A Weekend For Accidents! 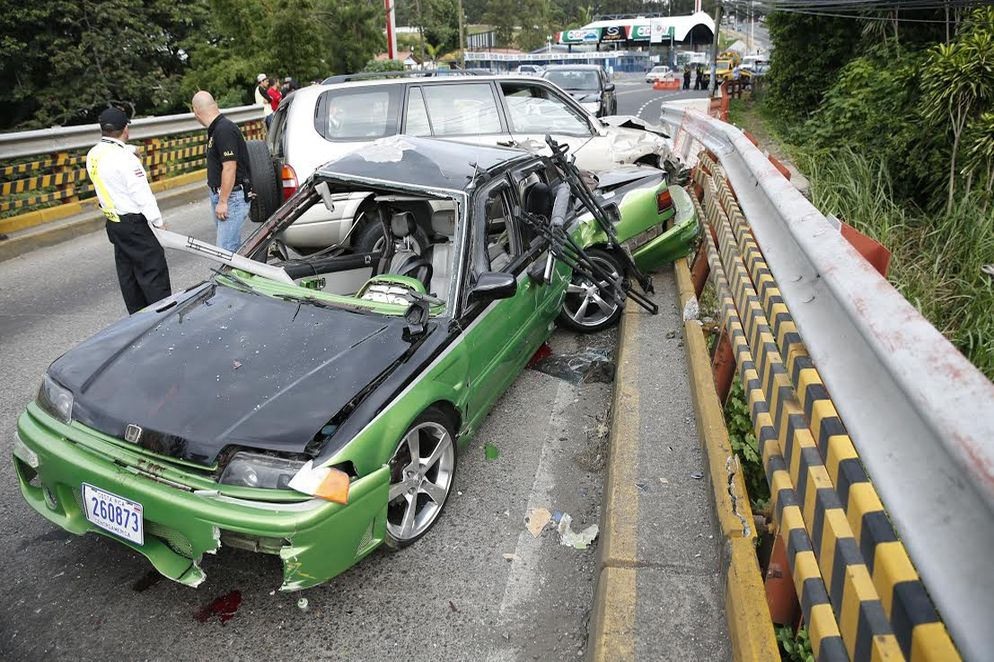 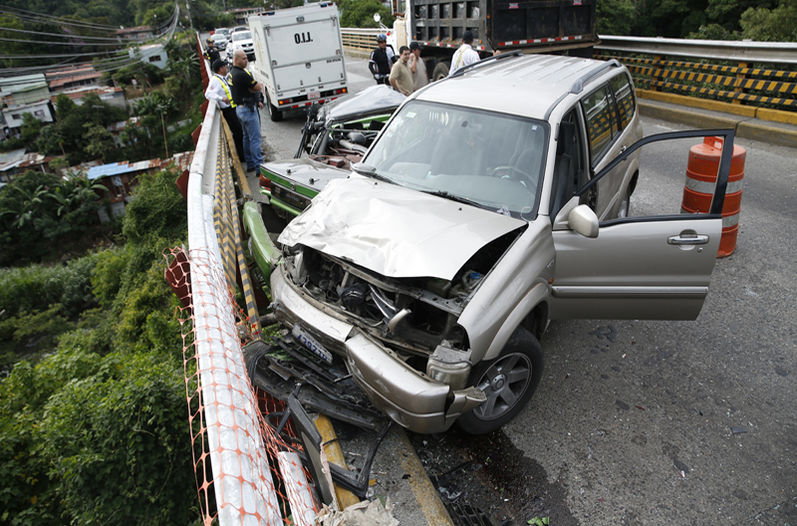 COSTA RICA NEWS – Mother’s Day was Friday and that meant a long weekend for many. For most it was a joyious occasion as families came together in celebration. For some, however, it didn’t end so well.

The accident occurred over the bridge of the Virilla river, between La Uruca and Heredia. Alcohool and excessive speeding were he cause of the accident.

One the the drivers, a 35 year old man identified by his last name Guzmán, who was driving the green Honda was arrested and is being charged for causing the accident and the three deaths, when his car slammeded into the oncoming SUV on the bridge. A breathlyzer test resulted in an 0.70 reading.

Authorities say the driver of the Suzuki SUV and three other passengers were not hurt, but were transferred to the Hospital San Vicente de Paúl (Heredia) hospital for evaluation just in case.

According to witnesses, the green Honda was barrelling over the bridge, when for yet unknown reasons, lost control and slammed into the SUV.

Meanwhile, during Saturday and Sunday, a number of other traffic accidents kept authorities busy. 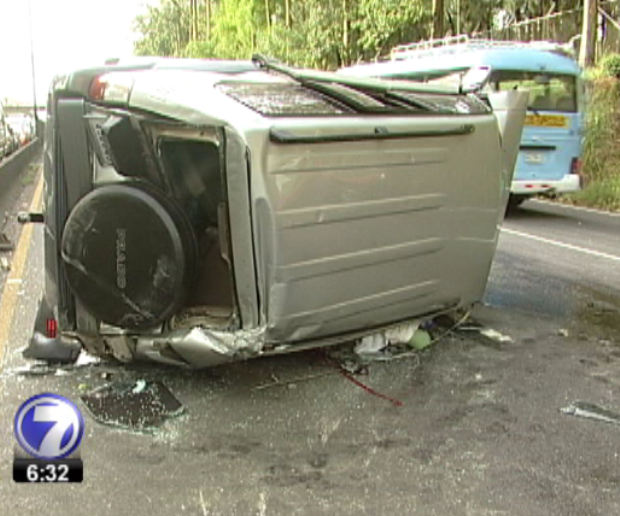 The freakiest
An SUV, for unknown reasons, climed the concrete barrier of the autopista General Cañas, knocking down a light post and landing on its side in the lanes of the opposite direction. The accident occurred around 6am Sunday, near the Instituto Nacional de Aprendizaje (INA) and despite the early morning hour, caused tremendous congestion on the autopista. The driver and passenger received minor injuries.

The SUV hit an oncoming tour bus, damaging the windshield. Fortunately none of the tourists were injured, just shook up over the freaky accident.

Multiple Vehicles
Near the rotonda Y Griega (to Desamparados) an accident there involved a number of vehicles left 10 people injured. A total of four accidents were involved in the accident, the injured taken to the San Juan de Dios and Calderón Guardia hospitals for evaluation.

Weather
On the Ruta 32, San Joé – Guapiles, two separte accident, within 20 minutes apart and near the same location, two drivers lost control of their vehicles, one landing in the ditch, the other head-on with anothe vehicle, the impact so devastating that the vehicle’s engine landed in the ditch. In both accidents, everyone was able to walk away.

The area through the Braulio Carrillo national park is the scene of many accidents, the weather being a major contributing factor, drivers not heeding to the typical road conditions of list mist making the road slick and fog impairing visibility.