A Hero’s Welcome For Andrey!

(QCOSTARICA) Andrey Amador was given a hero’s welcome on his return to Costa Rica, for his finishing in fourth place in the overall standings in the Giro d’Italia 2015. 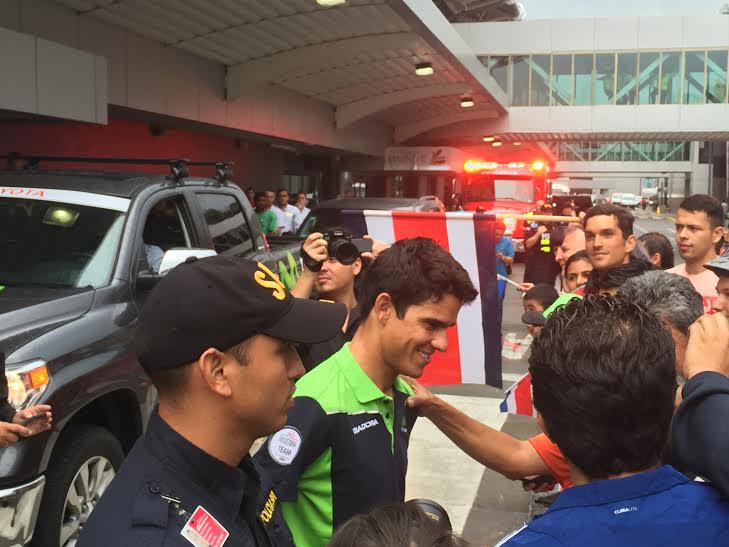 Despite the foul weather (heavy late afternoon rains), a large crowd came out to applaud him for his efforts and courage.

Amador arrived in Costa Rica late Friday afternoon, where he was cheered on by about 50 cyclists at the Juan Santamaria airport, shouting “There, there, is the champion…” (Ahí, ahí, ahí está el campeón…).

Arriving in La Sabana, Amador had a triumphant entry into San Jose, as the best rider in the history of Costa Rica and Central America.

The parade was emotional and enthusiastic, with the presence of riding fans of all ages.

Reaching the Plaza de la Cultura, in the centre of San Jose, the Tico boss of the pedals rested a bit at the Gran Hotel Costa Rica, after giving a press conference in the cafeteria of the Teatro Nacional.

“I hope that soon we can be together again and not to celebrate fourth place, but something much more,” said Andrey Amador.

QCOSTARICA - Our country, Costa Rica, worsens in how...
Central America