A Look at Yesteryear…A Look At the 1980s Costa Rica

From Live in Costa Rica – One thing us old-timers do when we get together is reminisce about the way Costa Rica was in the 1980s. Inevitably we start to talk about all of the eccentric expats who lived here or frequently visited the country during that time. Here are a few of the people that I met along the way. 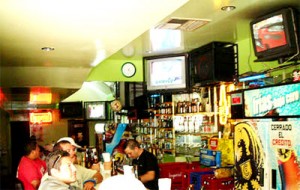 Let’s start with Jimmy Adams. He was originally from Indiana and was stationed in Panama during the 1950s when he was in the army. He eventually settled in Costa Rica where made and lost a lot of money over the years. Jimmy was a great guy who had a million stories to tell. He used to talk about how he’d land his small private plane right on the sand in Jacó Beach when it was undeveloped with a dusty dirt road running through the center of town. Jimmy also owned ran the Key Largo Bar for a long time.

John Hall was one of the original gringo pioneers. He was a self-taught expert on the country’s flora and an incredible illustrator. While in the countryside he was once bitten by venomous pit viper and lived to tell about it. Don’t confuse him with the other John Hall who was involved in the Iran Contra scandal in northern Costa Rica during the 1980s.

Franklin “Tiny” Phelps was a one-time professional football player for the Detroit Lions who actually founded Costa Rica’s first sports bar at the end of the 1980s. It was “the place” to watch NFL games on any given Sunday.  I have many fond memories  of Tiny’s Tropical bar and restaurant. The place survived until 2002 when Tiny had to sell it because on an illness. Unfortunately, the charming building where the bar was located was turned into an ugly restaurant with its once beautiful brick interior now covered with unsightly white tile.

Hayden Hurley hailed from a prominent North Carolina family. If you saw him you’d never know that he was worth at least 50 million dollars. At one time Hayden  was part owner of the infamous Park Hotel brothel which catered almost exclusively to gringos. Over the years he also had  a large fern farm in Cartago and helped to finance the Dunn Inn. Actually, at one time during the late 1980s I had a chance to bring the Subway Sandwich chain to Costa Rica  and Hayden was going to be my backer, but it was never meant to be.

Jesse Mattias was quite a local character. He was raised in the Bronx by a single mother and had a tough upbringing. He eventually joined the service and became a paratrooper. After that he was a commercial pilot. Jesse had an impressive  collection of old cars and motorcycles that he accumulated over the years and that cluttered his property.  He was another one who had a million stories to tell. Jessie was also an accomplished saxophone player and often performed at the American Legion Post in Escazú. He was as “hard as nails” and you didn’t want to mess with him. Once he got into a dispute when a couple of locals who tried to crash an event at a restaurant he owned. One of the guys pulled a knife on him and Jessie shot both of them. Luckily they survived their wounds and Jessie was exonerated  because he acted in self defense.

I will always remember Jessie because he was a big supporter of mine when I first went into the relocation/ retirement business.

Barry Sadler never really lived in Costa Rica but I met this soldier of fortune over drinks at a bar called Happy Days in downtown San Jose. The place no longer exists and was originally called the Star Club. In case Barry’s name does not ring a bell, he is the guy who wrote the song the “Ballad of the Green Berets” when he was a soldier during the Vietnam  War. Barry actually became an author in his later years and wrote under a pen name.

Jimbo Ginella hailed from San Francisco. His father was one of the builders of the Golden Gate Bridge and his wife’s family founded the San Francisco 49ers football team. Although Jim never lived here he was instrumental in helping me relocate since he connected me with a couple of prominent Costa Ricans that he knew through his business contacts.

Dennis Kelly was a real piece of work. He would read up on a particular subject and then go to a bar and act like an expert with his new-found knowledge. He eventually self-destructed.

Steven Carr was a petty criminal from Naples Florida. He had been in trouble with the law all of his life according to friends of his. The guy just had a bad vibe about him. I met Steven around 1985. I later found out that he went to California where he claimed that he had been a mercenary during the Iran-Contra conflict. He even went so far as to wear a deactivated hand grenade around his neck to impress people. I actually read a story about this guy in the magazine section of the Sunday edition of the L.A. Times. It was titled the “Indestructible Steven Carr.” He ended up overdosing on drugs.

Jack Townsend passed away a couple of years ago and was a really great person. He stood six feet five inches and played college basketball at the University of Wisconsin at Green Bay,  if I am not mistaken. Jack was a P.E. coach at Saint Francis High School in Moravia for years and could talk about sports for hours. He was virtually a walking encyclopedia on the subject. I first met him at Troy’s Hotel watching the 1984 Olympics. At that time very few homes or business had cable TV from the U.S., so one had to hunt for a place to watch sporting events.  Cable Color was the first company offer it.

QCOSTARICA - A Costa Rican tried to enter the country through the Juan Santamaría International - San Jose Airport - with US$153,244 (the equivalent...
HQ