A Moving Night: Tremors in Cartago and Parrita 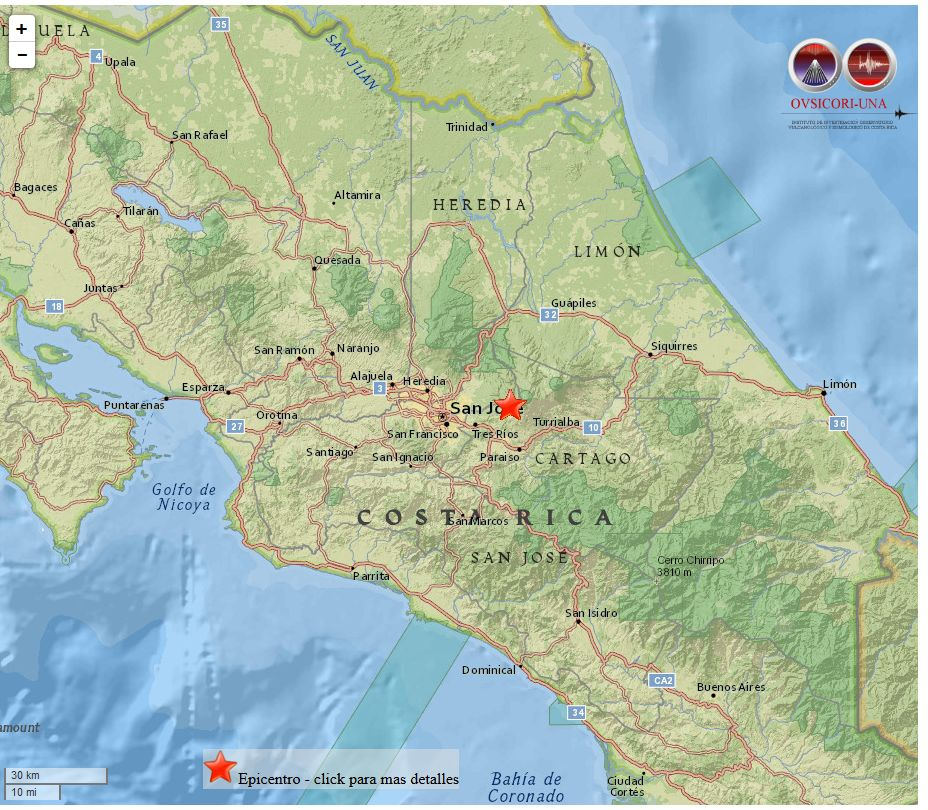 (QCOSTARICA) — Within hours, four earthquakes, the most intense at 4.8, were recorded in Cartago last night.

The origin of the quakes were shallow, at a depth between 1.8 km to 5 km from the surface says the Red Sismológica Nacional (RSN), of the Universidad de Costa Rica (UCR).

The main quake, caused by a local fault, with a history of earthquakes of this magnitude, according to the RSN, was felt through the Central Valley.

Experts are not relating the quakes to the nearly Turrialba volcano that has increased activity since last October and with constant eruptions since the big one last March.

Today, Wednesday, June 9, only EVENS can circulate. The measure is countrywide and applied between 5:00 am and 9:00 pm, save for those under the...
News