“A World Where Many Worlds Fit:” Zapatismo and Chavismo in Conversation

(Q24N) There is much to learn from studying Black and Indigenous liberation processes across the Americas. The Zapatistas and Chavistas embody two critically important revolutionary movements part of a greater historical trajectory spanning Haiti, Cuba, Grenada and Bolivia among others for their conception of people’s power. 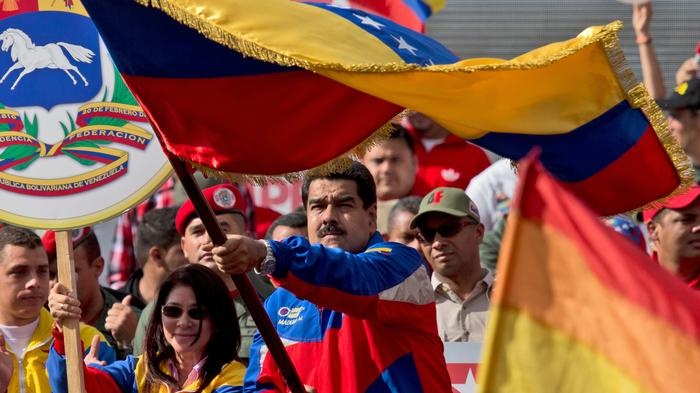 While admittedly different contexts, both Venezuela’s Bolivarian Revolution (VBR) and Zapatismo offer valuable lessons to the rest of the world in our pursuits to build people’s power, “desde abajo y la izquierda” (from below and left).

Many comrades put VBR and Zapatismo at odds with one another, siloing these respective movements instead of recognizing the larger regional conversation underway between Latin American and Caribbean states and social movements and their transformative praxes.

Instead of perceiving them as mutually exclusive or one as more “correct”, “authentic”, “left” or “grassroots” than the other, it’s constructive, insightful and encouraging to consider these processes as simultaneously complementing one another and working toward analogous outcomes: liberation, self-determination, autonomy and sovereignty.

Putting Zapatismo in conversation with Chavismo opens our horizons and invites us to see beyond the limits of our political imagination.  This conversation challenges notions that pursuing an electoral strategy is entirely a top down approach and acknowledges that the people must be at the core of any progressive movement for change.

Zapatistas and Chavistas: Caracoles and Comunas

In Chiapas, the Zapatistas organize people’s power in the form of caracoles (snails) while in Venezuela, Chavistas are determined to consolidate an Estado comunal (communal state). Their processes are informed by the basic organizing tenet of implementing different strategies and tactics based on a clear analysis of their time, place and conditions. It’s necessary to understand that neither movement considers itself consummate or static – they’re still unfinished and both define themselves as processes, ongoing and tirelessly continuing what their ancestors set out to accomplish in their earlier anti-colonial struggles.

In Chiapas, the Zapatistas have built their autonomy fully engaged with Mexican society and international networks and not isolated as some misperceive. On January 1st, 1994, the Zapatistas launched a 12 day war against el mal gobierno [bad government (i.e. the Mexican state)], neoliberalism and centuries of colonialism mobilizing thousands of Indigenous people in arms. Since then, they have developed a myriad of ways to secure “tierra y libertad”.

Historically, the Zapatistas focused on building power via autonomy and not through an electoral strategy. They’ve established good governance councils (JBGs), caracoles (regional command centers representing their communities) and maintain their right to self-defense through arms. They have their own justice system, territorial control and food sovereignty by growing corn, coffee, beans and raising livestock. As a result, they have developed their own economic structures based on interdependency between Indigenous communities rather than capitalist exchange. All their communities have access to multilingual culturally relevant education and medical care based on ancestral as well as Western practices. Their women run cooperatives and their youth and children participate as elected representatives in the JBGs.

Recently on January 1, 2017 the EZLN publicly confirmed their full support behind the National Indigenous Congress (CNI)’s decision to organize an electoral campaign for Mexico’s 2018 presidential elections. This announcement marks a new phase in movement building for Mexico and the region. The EZLN and CNI are offering a bold alternative based on grassroots driven democracy. An Indigenous woman, whose identity will be announced in May 2017, will serve as their vocera, and follow the mandar obedeciendo (govern obeying [the people]) principles.

While winning the presidential election is a goal, the Zapatistas and other Mexican organizers see the campaign as a necessary organizing vehicle. Their campaign will facilitate building a parallel Indigenous, African descendant and tribal led congress as their movement’s main decision making body. The process will engage millions of Mexicans nationally and abroad from city-dwellers, farmers, workers and immigrants.

Unlike the Zapatistas whose decision to engage in an electoral process was not an explicit strategy from the offset, the VBR seized state power earlier in its process creating spaces for widespread participation. Despite their differing launching points, both movements share a strategy centering people’s power and self-determination through innovative governance that facilitates alternative decision-making processes. For some, the EZLN”s decision may suggest that they are compromising their commitment to autonomy. However, for the Zapatistas this isn’t the case. Zapatismo is not necessarily becoming more state-centric, making up for not endorsing left candidacies in the past nor copying the South American left.

Because of their grassroots origins, these movements understand that navigating state power is critical and necessary to confront, challenge and successfully defeat US empire. Their decisions regarding tactics come out of serious strategic conversations and require discipline.

Both movements prioritize building their base. They engage and invite new members into these processes. They celebrate their political gains, speak to their contradictions and envision their challenges. They inspire people who have been historically on the margins of society by guaranteeing access to land, health, housing, education and defend the right to life with dignity.

The VBR came into state power after Movimiento Quinta República (Fifth Republic Movement)’s independent base building and later, presidential campaign that resulted in the successful election of former military commander and political prisoner Hugo Rafael Chávez Frías in 1998. Since then, Venezuela and LAC have undoubtedly undergone a radical transformation. The VBR has facilitated a dialogue between the state and the people transforming material conditions for the majority Black and poor in Venezuela and beyond its borders.

The redistribution of oil revenue has provided access to fundamental human rights historically denied to everyone in Venezuela except the country’s oligarchy. Healthcare, education from kindergarten through university, housing, materials like wheelchairs for the differently-abled as well as pensions for the elderly with or without officially recognized employment are now guaranteed, unalienable rights for everyone from citizens to immigrants, Chavistas to the opposition.

Politically, Venezuelans continue to work daily toward consolidating a communal state. The communes seek to center power in the people rather than on any one elected representative. Communes hold people’s assemblies to make decisions and execute projects that directly affect their communities ranging from agricultural endeavors, media and economic development. They organize working groups focused on gender and sexuality, youth, the elderly, water, electricity, food and other major issues. The model invites intergenerational participation, voice and vote. It’s important to note that Afro-Venezuelans have also organized for cumbes, which are similar to communes but rooted in histories of self-liberated Africans (maroons) that fought alongside Indigenous peoples against European colonial empires.

While neither process is perfect, both are excellent examples of what years of intentional long distance vision organizing can manifest. These movements prove that “another world is possible”.

“A World Where Many Worlds Fit”

Revolutionary processes like Zapatismo and VBR will surely be among the strongest nails in US empire’s coffin as it becomes alarmingly apparent around the world that the economic and political systems dominating our planet are neither sustainable nor just.

As Subcomandante Galeano reiterated at an international gathering held on the 23rd anniversary of the EZLN’s uprising, “We’re not asking you [distinguished guests and attendees] to change the world, we ask that you prepare for the birth of another, a better world, a more just, humane and free. You can train for this new world, with us, the Zapatistas. When this new world comes, it will not be the same, but this training will serve you”.

Chávez was clear of this “new world” too, highlighting the need to establish a multipolar world, defend humanity and preserve Mother Earth in his 2012 presidential platform: El Plan de la Patria ([the Homeland Plan, now approved as Venezuelan law]).

While there’s no need to layout all the obstacles we have and will continue to face, it is truly an exciting and necessary time for humanity to collectively “show up”. Now more than ever, we are charged to envision next steps and material alternatives as we face monumental shifts in time, place and conditions globally.

Solidarity means more than words, it translates into actions and it’s necessary for our survival. We need Zapatismo to succeed in its next endeavors and we must defend the Bolivarian Revolution as it’s being targeted.

The Zapatistas say it best,“The world we want is one where many worlds fit”.

QCOSTARICA - Today, Monday, June 21, is the day of the year when the sun stays the longest on the horizon, therefore it is...
Turrialba