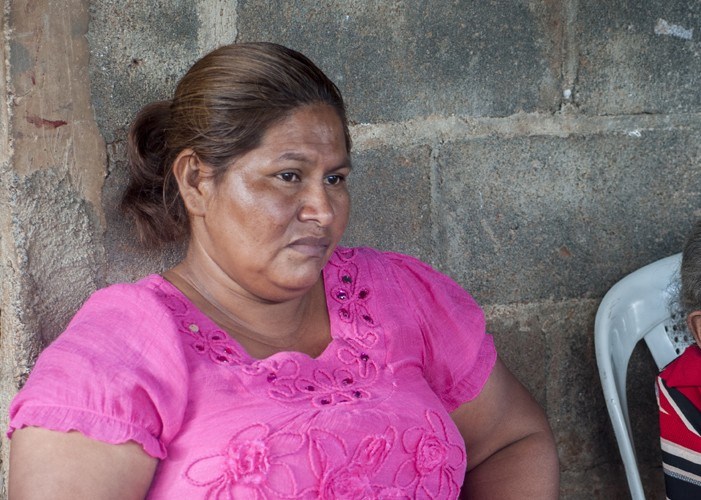 TODAY NICARAGUA – Urging respect for the rule of law, democracy and human rights, the European Parliament has slammed Nicaragua for its treatment of people criticising the $50bn transoceanic canal being developed by a Chinese company.

The parliament specifically took up the case of anti-canal activist Francisca Ramirez (pictured), who it says has been intimidated, arbitrarily detained, and whose family members have been violently attacked.

Rights group Amnesty International spoke up for Ramirez in December 2016.

Ramirez, coordinator of the National Council for the Defence of Land, Lake and Sovereignty, is leader of a group of indigenous peoples and small farmers who want the government of Daniel Ortega to repeal the law that gave extraordinary powers to the Chinese company, HKND, to expropriate land to build the canal and profit from it for 100 years.

Between 30,000 and 120,000 people would be forced from their farms if the massive project goes ahead. Campaigners say the people were not consulted over the scheme.

On 16 February the European Parliament passed a resolution demanding that the Ortega government comply with international obligations on the rights of indigenous peoples and respect human rights and democratic values.

It noted that journalists in Nicaragua face harassment, intimidation and detention, and have received death threats.

In Nicaragua the resolution was dismissed by the government’s human rights prosecutor, Adolfo Jarquin, who dismissed it as part of a disinformation campaign by activists and government opponents, reports the Associated Press (AP).

Jarquin said human rights “are a reality and are improving in Nicaragua” and complained of “distorted” information aimed at an international audience, AP reported.

Ramirez has denied her movement has any political goal apart from repealing Law 840, which was passed by Nicaragua’s national assembly in June 2013 without any prior public consultation or debate.

Questions persist over the financial viability of the 276-km-long canal.

Anti-vaccines invaded the Ministry of Health with ‘violence and insults’

QCOSTARICA - The anti-vaccination group that was received this...