Kaitlin Armstrong, posing as woman named Ari, told a man she met in Costa Rica she was 'traumatized' over recent break-up 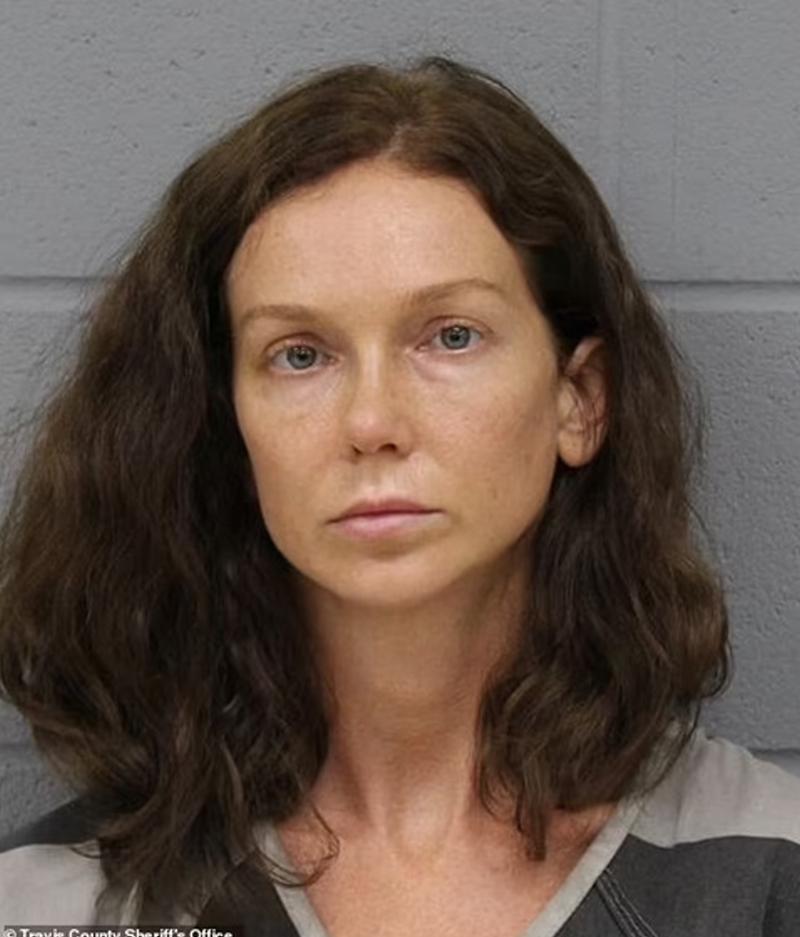 QCOSTARICA – Kaitilin Marie Armstrong, the Texas woman accused of murdering cyclist Anna Moriah “Mo” Wilson out of jealousy, quickly forgot about her ex-partner and found a new love while on the run in Costa Rica for 43 days.

Fox7austin.com reported Armstrong pled not guilty to a first-degree murder charge in her arraignment Wednesday, July 20. In addition, U.S. Marshals had obtained a warrant for her arrest on a charge of unlawful flight to avoid prosecution after she fled Texas in May, traveling to New York, New Jersey and then Costa Rica, where police arrested her at a hostel in Santa Teresa, Puntarenas, on June 29.

The U.S. Court dismissed that charge against Armstrong but it’s just a formality, and she could face the charge again in the future if prosecutors deem it necessary.

Kaitlin Armstrong was in Travis County Court this afternoon. She pleaded not guilty. Her attorneys filed a motion for a speedy trial. Docket call is set for October 19. A jury trial will take place the following week. https://t.co/hHqBo6Pl4U

New love on the run in Costa Rica

The 34-year-old yoga instructor had used a false identity to approach and date Teal Oceans Akerson, a resident surf instructor in Costa Rica. Akerson said that Armstrong called herself “Ari” and that he met her outside a tattoo shop in Santa Teresa de Cóbano.

“Ari was a strange person. I met her right outside the tattoo shop, her friends were getting tattoos, so she was waiting on a bench. She said that she had just gone through a really traumatizing breakup, and it still wasn’t healed and she wasn’t ready to get close to (another person) at all, so we were just being friends,” Akerman told La Teja.

According to Akerson, during the time they were dating she avoided going to crowded places or restaurants at all costs, she always told him that it was better that they go to secluded places.

The Tico surger explained that when she met “Ari” her appearance did not match the images released by the US authorities. Apparently Armstrong had undergone cosmetic surgery to change some features of her face.

“But after it all happened, hearing the truth and what she was running from, it made sense that she didn’t want to be seen,” said Akerson.

Fox7austin.com reports that officials say while was on the run, Armstrong cut her hair shoulder-length and dyed it dark brown, as well as wore a bandage on her nose claiming she had a surfboarding accident and that she was fraudulently using another individual’s passport, to board United Airlines Flight 1222 on May 18, from Newark International Airport to San Jose, Costa Rica.

On May 11, 25-year-old cycling star Anna Moriah “Mo” Wilson who was found shot dead at a friend’s apartment in East Austin. A rising cyclist star, Wilson had flown from Colorado to Texas earlier that week in preparation for the Gravel Locos race in Hico, where she was a favorite to win. A few weeks earlier, she won the Belgian Waffle Ride in California.

An anonymous tipster reportedly told investigators that when Armstrong found out the pair was together, she told the person she wanted to kill Wilson, and also said she had acquired a gun. 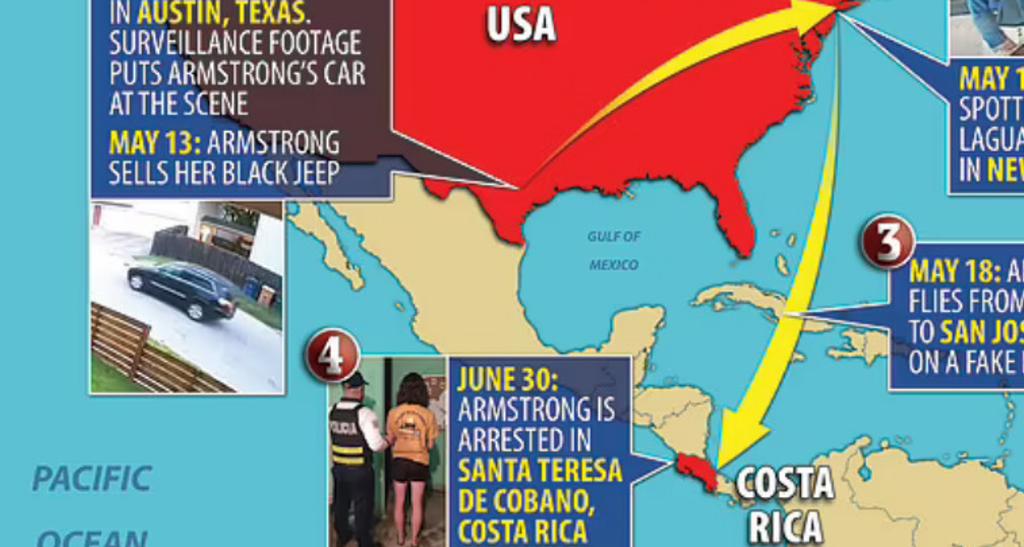 Armstrong was detained by the Professional Migration Police on Wednesday, June 29, when she was staying at a hostel located on Santa Teresa de Cóbano beach, in Puntarenas.

Last Wednesday, Armstrong pleaded not guilty in a Texas court for the first-degree murder of cyclist Anna Wilson. The trial is still in process.