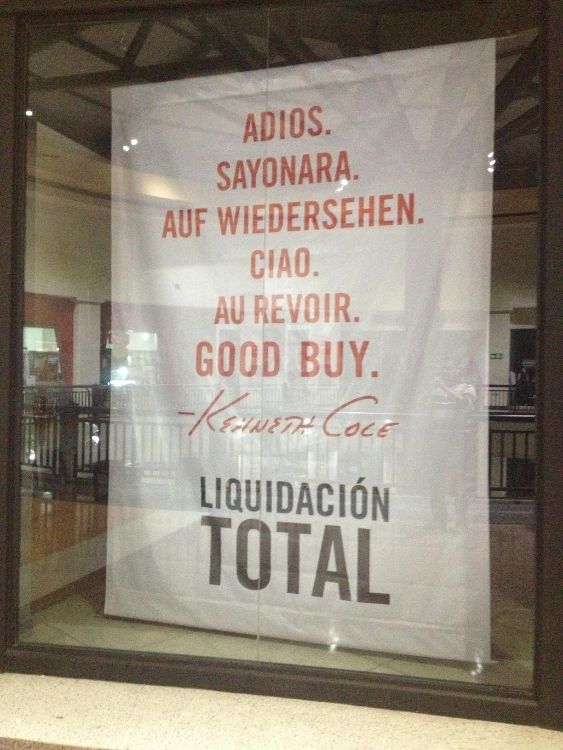 QCOSTARICA (Crhoy.com) Rebeca Hernandez, general manager of Kenneth Cole stores in Costa Rica, confirmed that the company will be closing down its two stores, one in Multiplaza Escazú and the other in Terramall at the end of the month.

Hernandez said the store closure does not entail any layoffs of current staff, because they have arranged of the employees to relocate to “sister” companies.

The manager said the closure is not related to the Costa Rica market, rather, “differences of opinion with the international brand and the handling of it.”

The closure comes on the heels of two massive layoffs announced in the past week: Wendy’s franchisee in Costa Rica closing operations and the layoff of 110, and this week’s announcement by Avianca Airlines layoff of 60 people as part of its operations reorganization in Costa Rica.