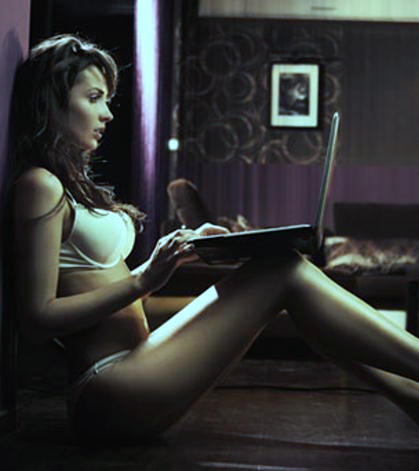 Affairs can have terrible consequences on families and place strain on friendships, but they also have causes that many people do not foresee. Cheating is a lot of work, it takes time and resources away from the important things someone should be focusing on, one of them being their career. 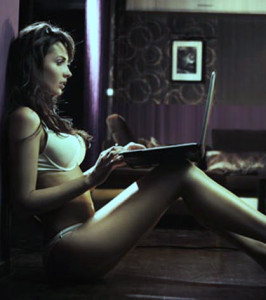 Just how can someone’s cheating on on the internet cause negative consequences?

Professor Gene Tsudik likens cyberspace to an elephant – it never forgets. And this, he says, can have dire implications down the track.

Professor Tsudik, a computer sciences specialist from the University of California, was one of the speakers at a UNSW panel discussion in Sydney, Australia on Monday, which explored the concept of privacy in the realm of social networking.

According to Professor Tsudik, education about the possible consequences of publishing private information via social networking needs to start young.

“Information that’s posted about you on social media (like Facebook and Twitter) is more sensitive in the long run,” he said. “If someone posts a photo of you drunk now it may not have any impact, but in five, 10 or 20 years time it could.”

Discussion organizer, Professor Sanjay Jha from UNSW’s School of Computer Science, said as soon as something is posted online “you lose control of information”. “Is expecting privacy in social networks akin to expecting privacy on a clothing optional beach?,” he said.

The Telltale Signs Your Spouse is a Facebook Cheat
There has been much discussion among fans and critics of Facebook regarding what technically classifies as ‘cheating’ when it comes to the social network, so we’ll avoid treading that ground again here. Instead, let’s avoid definitions of cheating and look at the signs that a spouse could well be cheating (however you define it) using Facebook as a tool (or weapon, depending on how you look at it).

It goes without saying that just because you recognize one or more of the following telltale signs in your partner, that doesn’t mean that they’re definitely cheating on you. There could be any number of explanations. However, if you do see any of the following signs, it might be worth having a conversation about your concerns and avoid seeing your relationship go down as another victim of Facebook cheating. So without further ado, let’s get started.

Sign #3: Their profile page has little to no activity

Don’t forget: there could always be a reasonable explanation, even if your spouse exhibits every single one of these signs, so don’t be afraid to bring it up with them. As always, communication is vital in any relationship, so if you’re worried about your spouse being a Facebook cheat – ask them about it.

All this could be very worrisome in Costa Ricas due to the high percentage of the population using the internet and smartphones.

Recent polls indicate that almost half of all Costa Ricans have an internet connection and 98% of the population uses a cell phone, with almost one third (29%)  a smartphone, which by its nature connects to the internet by WiFi and/or mobile cellular.

In Costa Rica, the use the social network Facebook is so part of modern day that it is simply known as “Face”. Did you see me on Face? What is your Face? are questions overheard in everyday conversations.

Social networking is engaged in by people across all age groups these days and puts us in touch with more people than was previously possible. In many ways, with email, calls, social media and the likes, our lives increasingly seem to revolve around as well as being contained within these small hand-held devices.

However, for this very reason, it is particularly important to protect the information.

The use of internet to have an affair has sprouted a number of site dedicated to helping people cheat. One such sit is Ashleymadison.com with their tag line “Life is short. Have an affair”. Ashley Madison is perhaps the most famous name in infidelity and married dating.

Given that once something is posted on a social website, forum or simply a text message on a smartphone is never forgotten, the best advice is maybe to better to go back to the old ways of committing adultery, cell phone and internet free.

Once information is posted, either on a social network, a file on a local computer or a simple text message on a smartphone (or regular phone) the information goes viral, a marketing buzzword, yes, but nonetheless it is called viral because of the similarity in which actual viruses are spread. Generally one person will show the object in question to his or her contact, who will then in turn show it to their contacts, and so on. This can refer to emails, videos, pictures or anything else that gains popularity rapidly through word of mouth.

Before using the internet or your cell phone to cheat, best to think it thrice, keeping in mind that it is best “not to write anything when you can talk, never talk when you can nod, never nod when you can wink”

Building awareness of the risks is essential – the earlier the better!