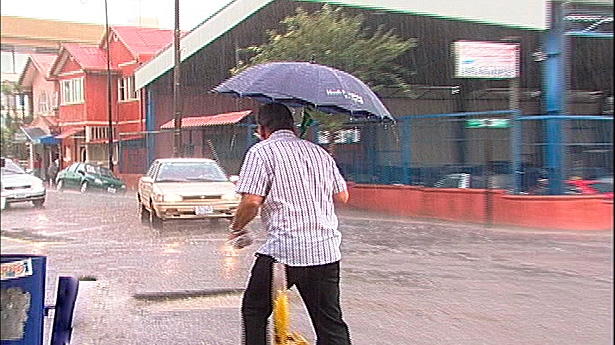 According to Gabriela Chinchlla, of Instituto Meteorológico Nacional (IMN) – Meteorological Institute – Thursday’s downpour occurred due to the hot morning and build up of moisture in the air.

These rains are referred to as “Aguacero de los cafetaleros” (Downpours of Coffee Plantations).

The clear skies and heat from the sun in morning are conditions for short lasting downpours in the afternoon.

Although the rainy season is weeks away, best not to leave the galoshes behind for the next couple of days.

To avoid getting drenched, keep an eye on the afternoon skies being on the lookout for a gray to dark gray cloud formation. If you see such a cloud formation, keep and eye on its movement: east to west usually means a typical afternoon downpour; from the southwest to east, pretty intense downpours; and from northwest to east, usually a real nasty downpour.

QCOSTARICA - The increase in covid-19 cases and hospital...
Reports