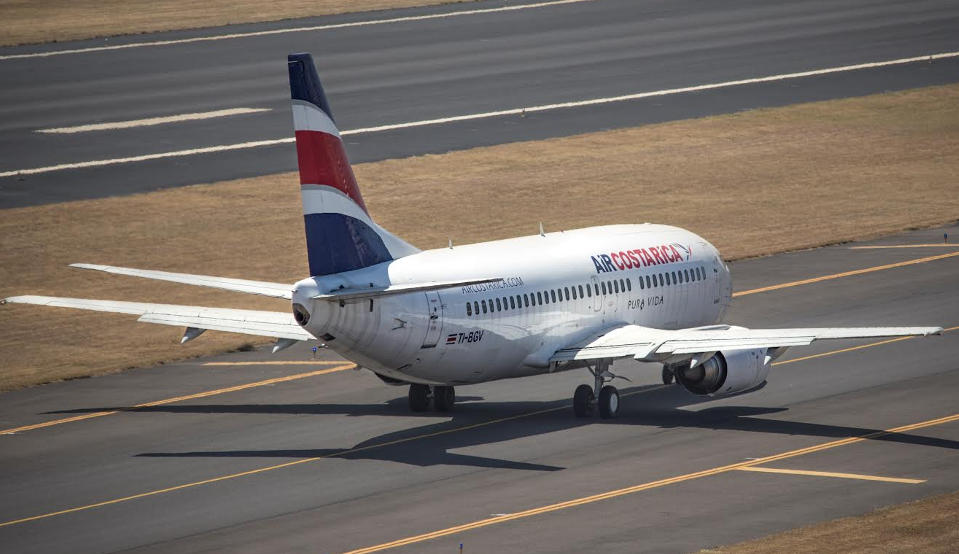 The Boeing 737-300 with the Costa Rica flag in the tail took off at 11:56 am from Juan Santamaria Airport (SJO), to the Panama beach resort town.

The airline, a subsidiary of Air Panama, will start regular flights into the Rio Hato airport in June, and help boost Panama Tourism said a Tweet from President Juan Carlos Varela.

Despite volatility of the commercial air market in the region, the airline made the decision, at least for the next six months of this year, to focus on charter flights. 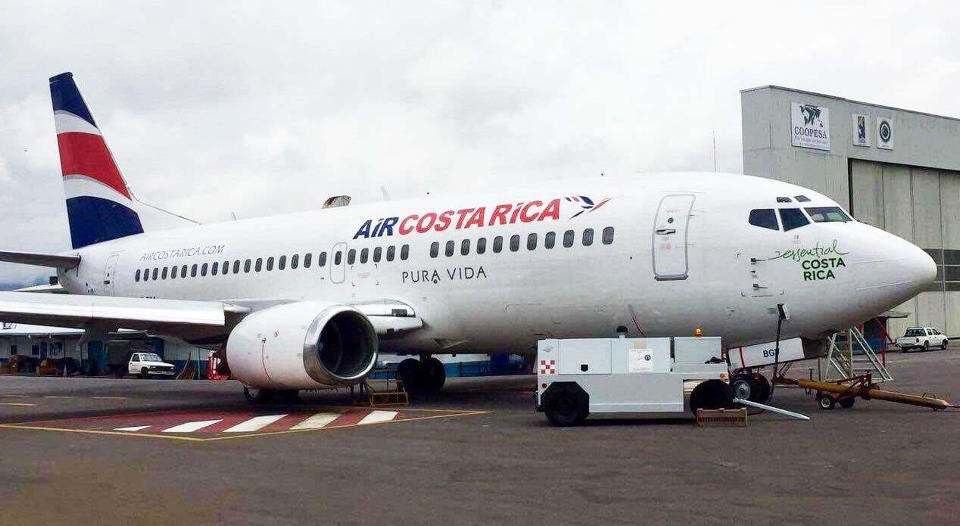 Carlos José Víquez, Air Costa Rica’s financial director explained the airline will take advantage fo the holiday periods, for example,  Semana Santa (Easter) in April with Easter and the national soccer team qualifying for the World Cup, to transport the same team and groups of fans.

“I think that because of the atypical situation in the region, with the startup of several low-cost airlines were in the last few months, it provoked a volatile market, that’s why we put the regular routes on hold,” said Viquez.

The airline in the coming months will be taking delivery of its second aircraft to meet the demand for already signed contracts for charter flights to: Cancun (Mexico), Roatan (Honduras), San Andrés (Colombia), Acapulco (Mexico), San Pedro Sula (Honduras) and Mexico City to Peru and Cabos, among others.