Airlines Are Literally Taking Advantage of Us in Central America

(TICO BULL) I am at a complete loss, maybe someone can explained it me. Looking over the latest Avianca Airlines special “Cyberlunes”, it is cheaper to fly from Colombia to everywhere than to San Jose, Costa Rica and Central America.

Let me give you some examples of return ticket prices. All price comparisons are for “economy”.(Screenshots are at the bottom)

Regular pricing is the same thing, Costa Rica and the rest of Central America is always more expensive. And the airline in most cases flying north (or on its way back to Colombia) makes a stop in Costa Rica.

An this pricing model is not only restricted to Avianca, Copa airlines does the same thing and usually within a few dollars in price difference.

How can this be?

Please use the comments section to shed some light on this puzzling pricing situation. 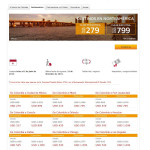 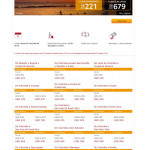