“Bajonazos” (Carjackings) Can Occur At Any Time 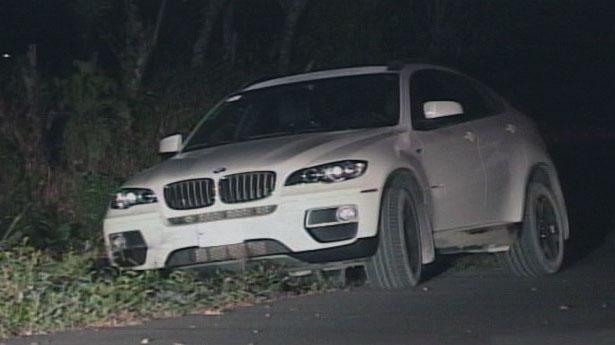 “Bajonazos” or carjackings occur more in the province of San Jose, especially in the cantons of Desamparados, Tibás, Moravia and Guadalupe. However, they can occur anywhere in the country.

In the event of being carjacked, authorities in Costa Rica recommended victims not to resist and and as follows: stay calm and follow the demands of the thieves to safeguard your life and that of his companions.

If possible, take a mental note of the description of the assailant(s), any special characteristic, ie accent, type of clothing and anything that could police identify the.

The Organismo de Investigacion Judicial (OIJ) say the hours with most incidents are between 7:30 pm to 11:30 pm, but be alert at all times.

Never think that the type of car you may drive is not a target of thieves, police say that each vehicle represents something different to the thieves.

Usually, theft of newer vehicles is to “twin” – use the registration of a similar vehicle to register the stolen vehicle, while older cars are usually for chop shops, taking them apart to sell the used parts.

Thieves could be out looking for  a special type of car, this is identified as “theft on demand”.

In any event, it is always best to be aware of your surroundings when leaving the driveway, being followed to the office or home. Many reports indicate thieves following a vehicle for periods of time and strike at the moment when entering your garage at home.

Return to classes with masks and classes in hybrid model

QCOSTARICA - Strong winds, generated by the influence of cold push number 12, prevented the firefighters from controlling a fire in vegetation registered in...
Trends

Online gaming is a growing phenomenon, with an increasing appreciation from fans of poker, virtual slot machines and other gambling platform activities. The greater accessibility...
News

QCOSTARICA - The Legislative Assembly must approve the US$1.75 billion dollar "soft" loan from the International Monetary Fund (IMF) no later than the beginning...
Jaco

QCOSTARICA - A young man survived after jumping on his bicycle from the roof of an ice cream parlor and suffering a severe blow...
Front Page

QCOSTARICA - This week millions will watch the transfer of powers in the United States with one question on their minds: What to do...
Honduras

Q24N - Tegucigalpa, Honduras. The Honduran Congress, with a conservative majority, approved Thursday a reform in the Constitution to toughen the abortion ban, in...
Cartago

QCOSTARICA - In recent weeks coyotes have been seen roaming the TEC campus in Cartago, hungry and looking for food, especially on the shore...
Politics

QCOSTARICA - In a little over a year, in February 2022, Costa Ricans will take to the polls to elect a new president. General elections...
Computers

Q TECH - Covid-19 resurrected the worldwide sale of desktop and laptop oomputers last year were up by more than 13% worldwide in 2020. The...