At first glance it looked like a hovering UFO mothership.

The photos were taken with my iPhone5, while travelling on the rotonda in front of Multiplaza, looking north. I was the passenger. This was at 5:55pm.

Moments later it was gone, ushering in clear skies to a great evening, after a gray cloudy day with drizzle and cold winds. Not your typical rainy season weather. 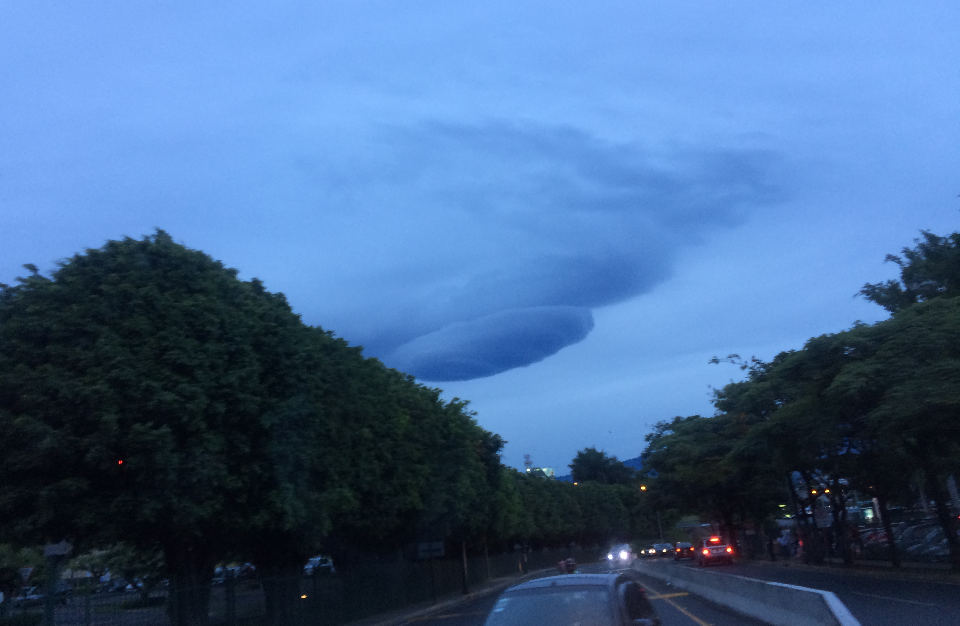 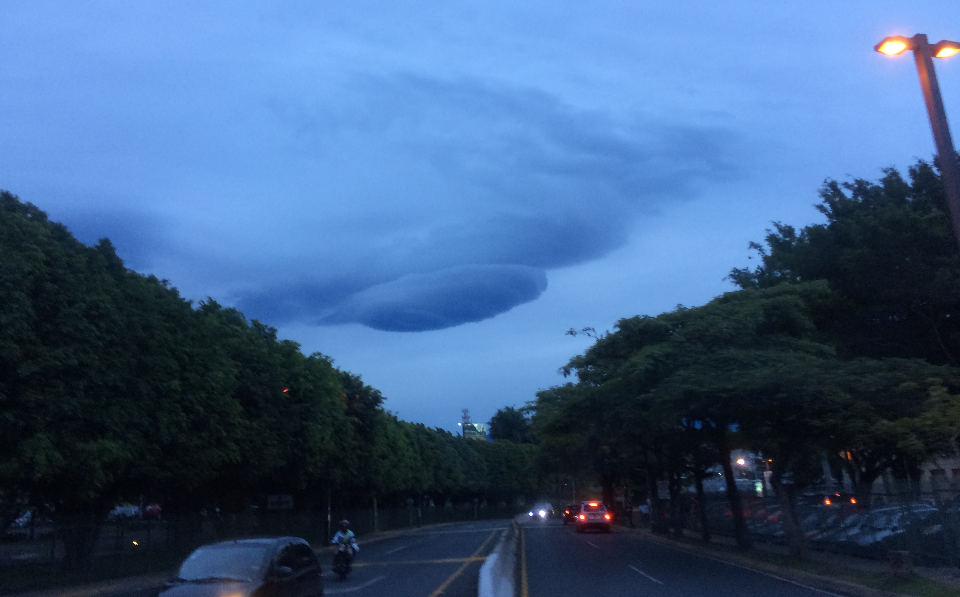 QCOSTARICA - Avianca airlines announced that starting next July 1, 2021, it will fly daily non-stop between San José (SJO) and Miami (MIA). The Colombia...
Nicaragua

TODAY NICARAGUA – If he wins the presidency of Nicaragua, the first international trip that presidential candidate Arturo Cruz would make would be to...
Health

QCOSTARICA - The Ministry of Health has ordered the Caja Costarricense de Seguro Social (CCSS), to allocate 90% of all vaccines against covid-19 to...
Brazil

Q24N - Brasilia (EFE) The president of Brazil, Jair Bolsonaro, said this Saturday that the country is experiencing a "dictatorship" due to the quarantines...
Coronavirus

One surprising star of the coronavirus pandemic response has been the molecule called mRNA. It’s the key ingredient in the Pfizer and Moderna COVID-19...
Trends

Top 5 Useful Apps To Use When Travelling to Costa Rica

Traveling to Costa Rica is a great idea if you’re willing to see the Central American country's wonderful national parks. You can enjoy activities...
HQ

QCOSTARICA - The dreaded increase has been announced for April. The regulatory authority approved what is the fourth consecutive increase since the beginning of...
Sports

Costa Rica has a strong history of punching well above its weight when it comes to producing top quality footballing talent. This is in...