An alleged attempt to defraud Calderon Guardia Hospital of US$2.3 million is being probed by prosecutors. Apparently, the scam used the ficticious names of patients to bill the hospital fro orthopedic screws and X-rays that never happened. 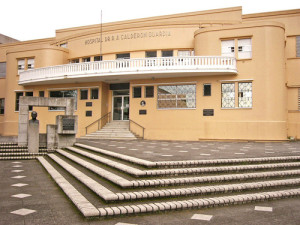 The supposed services were allegedly rendered the hospital by a firm named Synthes that submitted 1,022 invoices to the hospital during 2011 and 2012. The alleged falsified billings were discovered during after a Transition Team was selected by the administrator of all public hospitals, the Social Security Administration (Caja).

The transition is due to the retirement of the Calderon Guardia director, Dr. Luis Paulino Hernandez. The billings were supposedly to pay for 1,519 patients who needed plates and titanium screws after orthopedic surgery. One of the reasons to question such orthopedic surgery is that it was accredited to gynecology, ophthalmology and urology patients not usually needing such treatment.

Moreover, they did not contain the signatures of the surgeons, anaesthesiologists or any other of the normal surgical team. All this indication of fraud has been presented to the hospital in a 312 page report by the transition team.

The Caja has turned over a copy of the report to prosecutors for further investigation. The transition team also found out that the hospital had been buying a great number of supplies from the “petty cash fund: and buy-passing normal procurement procedures.

Acne is considered to be one of the most common skin ailments on the planet, with a record 60 million people being afflicted by...
Expat Focus

By Amy Gdala, Guest Contributor - The US has a surplus of vaccines, while Costa Rica is struggling to supply sufficient numbers to citizens...
Vaccine

QCOSTARICA - The Daniel Ortega government sent its ambassador to Costa Rica, Duilio Hernández, as its representative to the summit of Central American presidents...
Economic Recovery