American Found Dead In His Home in Cartago, Costa Rica 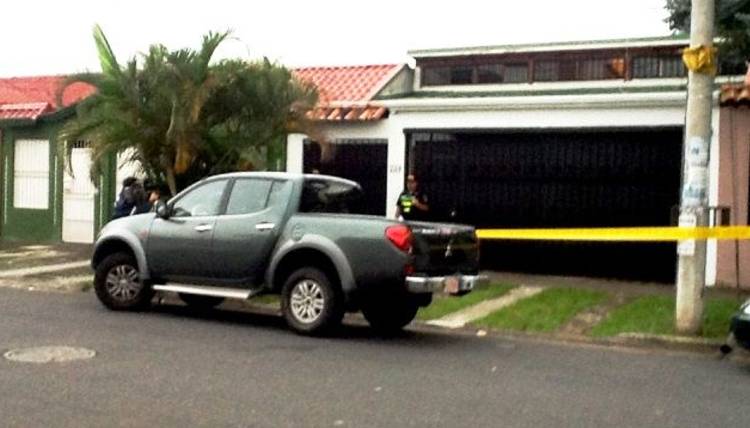 The body of 31 year old American, Benjamin Adams McCoy, and that of an unidentified 30 year old woman were found in the rented home of the foreigner in San Juan de La Unión, Cartago, east of San José.

The bodies were found Thursday afternoon after police were called in by the landlady, concerned she hadn’t seen her tenant in days.

Gustavo Mata, deputy director of the Organismo de Investigación Judicial (OIJ), said that police  found small amounts of drugs, as well as what appears a suicide note written by the foreigner.

“There was no theft and no door had been forced. We found a 9 mm pistol near the foreign body, ” said Mata.

Neighbours say Benjamin, who was an electronics tech, loved to play the piano regularly. Apparently he lost a family member a few weeks ago.

The police report says the man’s body was found the bathroom, with a gunshot wound to the head. The woman’s body, at the bedroom entrance, did not show any signs of physical violence, according to sources at the Judicial Investigation Police (OIJ).

Apparently the two had met at the beach. Authorities have not been able to identify the woman, who was not carrying any identification. The OIJ confirmed the Benjamin had recently met the woman and invited her to his home

Harry Loría Segura, deputy chief of the La Union police station, said the call was received through the 911 emergency system, the caller reporting two dead bodies inside a house.

The landlord said she last saw her tenant on Tuesday when he paid his rent. The foreigner lived in a residential area where the average rent is around US$700 monthly.

- Advertisement -
Paying the bills
Previous articleIntelinea Carries 6.500 Passengers In First Day
Next articleAbel Pacheco : Who Doesn’t Know That In Politics There Are Snakes?

QCOSTARICA - The contagion rate of covid-19 once again...
News