An Anaconda in Guanacaste? Not Quite! 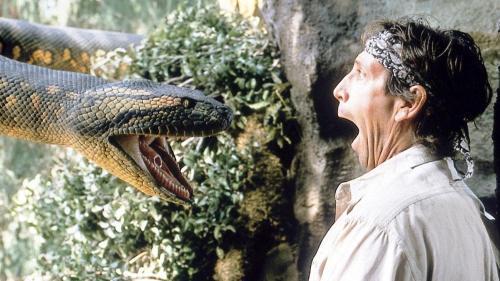 By Coco Connect -Over the last few days various Costa Rica news outlets have been reporting that a gringo living near the Tempisque River owned an Anaconda that he illegally brought in from Brazil. 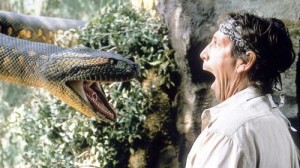 This monster snake apparently got loose due to a negligent farmhand during feeding.

It’s now living in the Tempisque river in the area of Guinea, Guanacaste and folks seem very concerned.  It’s amazing that this foreigner managed to get an Anaconda into Costa Rica and then raise it to a supposed length of 12 meters.

At  Diario’s reported length, this is the world largest snake in captivity…….EVER!

The largest before this was a reticulated python at 7.67 meters (Guinness Book of World Records)  There have been reports of Anacondas reaching 10 meters,but the records of wild caught  never seem to be much larger than 5 meters.   Large Boa Constrictors can reach 5 to 6 meters in length are already living in Costa Rica, eating people’s chickens, rabbits, and small dogs.   Ironically, no one seem too concerned about these.

Those living near the Tempisque river shouldn’t be too worried about this supposed monster Anaconda.   Take the same precautions you  always do.  Lock your chickens up when it’s dark, don’t leash your chihuahua to the porch, and don’t leave your toddlers  on the side of the river at night.

No Doubt they can be dangerous and are to be respected, but Anacondas do not generally attack humans.

The Anaconda is the one of of the snake species with the widest mass. It’s a non venomous snake that only ‘looks’ like it would be extremely dangerous.  In spite of facts,  many people continue to think it goes out of its way to prey on humans.  Chances are, if you were walking along the Tempisque, it would shoot back into the water.  An anaconda is perfectly capable of killing a human, however, such incidents are extremely rare.  The only recorded attacks on humans by anacondas have been when the humans have entered the anaconda’s environment and messed with them. These attacks in recent history have not been fatal, as generally a human adult can escape an anaconda’s attack if there are other people there to help him.

There may be some Tico ‘leyenda’ making in the process.  Already some locals in the Guinea area are reporting cows disappearing.  Some even reported a large snake attacking crocodiles.  It will be interesting  to see what other fun stories come out.

It is after all the world’s largest snake loose in the Tempisque River ‘wink’.  With ridiculous exaggeration on the size, I’m curious if this is even an Anaconda.

For the complete article and photos go to Coco Connect

- Advertisement -
Paying the bills
Previous articleMercedes Not Amused!
Next articleThe iPhone 5C Isn’t For The US; It’s The iPhone For The Rest Of The World

QCOSTARICA - From the gallows humor department is the...
Uruguay