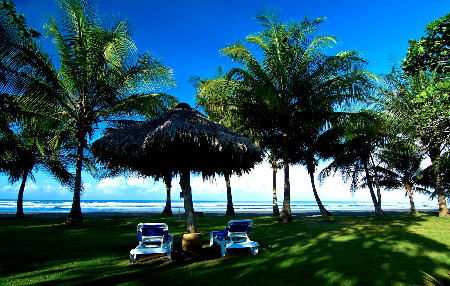 While Ecuador does have some nice things to offer, it will never be Costa Rica.

I first met Don about ten years ago when he was checking out Costa Rica with the intention of moving here.

Don was in his early fifties and had make some smart investments while living in the United States. He was far from being a millionaire but since he was single he socked away a good nest egg by selling his home when it was at the top of the market and invested wisely in stocks.

About six months after I met Don he moved to Costa Rica, rented a small apartment, bought a car and found a young girlfriend. He seemed to be on top of the world. Since Don had quit his job he had to live off the interest from his investments until his retirement and his IRAs kicked in about ten years down the road. He knew how to live frugally and this shouldn’t have been a problem.

Don opted not to become a Costa Rica resident because he was not yet of retirement age so he was forced to become a perpetual tourist by leaving the country every 90 days and then renewing his visa for 90 days more. Many people live in Costa Rica for years by doing this. In most cases this maneuver works but is not recommend. You put yourself at the whim of mercurial custom’s officials who can at their discretion ban you from the country. Fortunately, I have only heard of this happening in a few cases.

Anyway back to Don. The more I got to know Don I discovered he was the type of person who complains about everything and will never be happy. He soon began to take out his frustration on Costa Rica by complaining about the high cost of living, the traffic, the Ticos, crime and anything else he could think of to make himself absolutely miserable. I feel sorry for the guy because he just does not seem to enjoy life.

Don became so disenchanted with Costa Rica that he wanted to move to Florida and take advantage of the cheap housing market caused by the crisis in the States. However, he soon changed his mind because he found out that he was unable to get a visa for his girlfriend.

So now Don has set his eyes on Ecuador because it appears to be cheaper to live there. Ecuador is striving to become the next Costa Rica thanks to a barrage of advertising by the organization International Living, a few retirement gurus, the real estate “hustlers” and the Ecuadorian Tourism Department.

Don has committed the same error that many potential expats do when looking for a place to settle. He equated the quality of lifestyle with the cost of living. The bottom line is that you really get what you pay for. While Ecuador does have some nice things to offer, it will never be Costa Rica. One retirement publication touts Ecuador as being the number one retirement haven in the world. Read between the lines! The Ecuadorian Tourist board even adopted a slogan similar to Costa Rica’s world-famous “Pura Vida.”

Here is what one expat recently wrote about Ecuador in an on-line forum. “Here is an interesting link to compare the two countries: www.numbeo.com/cost-of-living/comparison.jsp. The results compare San Jose and Cuenca, Ecuador and show that you can live for a about one-third less in Cuenca. Having spent several months in Ecuador this year I can attest to the figures. Yes, you can save money in Ecuador but I prefer Costa Rica because of the country’s time-tested health care, pro-American government and faster accessibility to beaches from the inland areas of the country. All countries have their pluses and minuses. It is a matter of preference and it is NOT so much as what one’s income is”

I wish Don the best of luck and hope he finds his piece or paradise in Ecuador. From what I have seen he may have a hard time equalling the quality of life he has had here in Costa Rica for last few years and will probably regret his decision.