Costa Ricans Offer Sale Of Organs Freely On The Internet 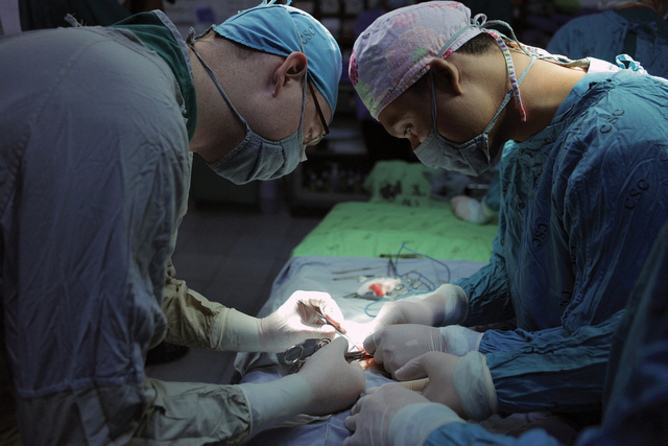 While authorities in Costa Rica investigate the alleged “illegal sale” of organs, there is no legislation to penalize  those motivated to offer their organs online.

Just by typing in “venta de riñón” on Google search in your web browser and you will be surprised at the number of offers available. Some go as far as publishing their age, blood type and heath conditions and the price of the organs. In some ads, telephone numbers are published for quicker response than email.

The Contralor Institucional del Ministerio de Salud, Francisco Golcher, explained that following the report in the Mexican publication, El Universal, where it was revealed that two Israeli men came to Costa Rica and paid US$6.000 dollars  each for kidneys; raising concerns over illegal organ trafficking in Costa Rica, Salud has moved the investigation to the Ministerio Publico (Judicial Branch).

Golcher confirms that to date there have been no complaints filed for the transplant of organs.

While authorities discuss the “legal issues”, private lawyer Henry Vega explained that the issue remains in dispute, because there Codigo Penal (Criminal Code) only refers to child trafficking in order to sell organs, which provides a penalty of 5-10 years prison.

“Costa Rica is known worldwide for its transplant tourism*,” Roberto Tanus, president of the Transplant Society of Latin America and the Caribbean, told El Universal. “Everyone knows what we are talking about here. Transplant tourism is an elegant disguise for what’s really the unlawful trafficking of organs.”

“It’s one specific thing to go to Costa Rica to get your teeth fixed,” Tanus declared at a world symposium in Qatar in April. “It’s another thing to commit a crime. It puts the whole industry of medical tourism at risk.”

“We do not need Costa Rica to be seen as a place where an organ can be purchased,” Public Security Vice Minister Freddy Montero expounded, according to El Universal. “We can’t back down on this issue.”

Illegal organ trade
Poverty and loopholes in legislation contribute to the illegal trade of organs. Poverty is seen in all countries with a large black market for organs. This, however, is not the only factor affecting illegal organ markets – some of the poorest countries in the world do not engage in organ trade.

Legislation is another contributing factor in the illegal organ trade, especially legislation with loopholes. For example, India’s Transplantation of Human Organs Act (THOA) requires that an organ donor must be a relative, spouse, or an individual donating for reasons of “affection.” Oftentimes, claims of “affection” are unfounded and the organ donor has no connection to the recipient. Monetary transactions for organs are illegal in India currently, but there are no laws concerning funds given to a spouse. The spousal inclusion provides a loophole for illegal trade; in some cases organ donors marry the recipient to avoid legal penalty.

According to the World Health Organization (WHO), illegal organ trade occurs when organs are removed from the body for the purpose of commercial transactions. The WHO justifies these actions by stating that, “Payment for…organs is likely to take unfair advantage of the poorest and most vulnerable groups, undermines altruistic donation and leads to profiteering and human trafficking.”

Despite these ordinances, it was estimated that 5% of all organ recipients engaged in commercial organ transplant in 2005. Research indicates that illegal organ trade is on the rise, with a recent report by Global Financial Integrity estimating that the illegal organ trade generates profits between US$600 million and US$1.2 billion per year with a span over many countries.

* The United Network for Organ Sharing defines transplant tourism as “the purchase of a transplant organ abroad that includes access to an organ while bypassing laws, rules, or processes of any or all countries involved.”