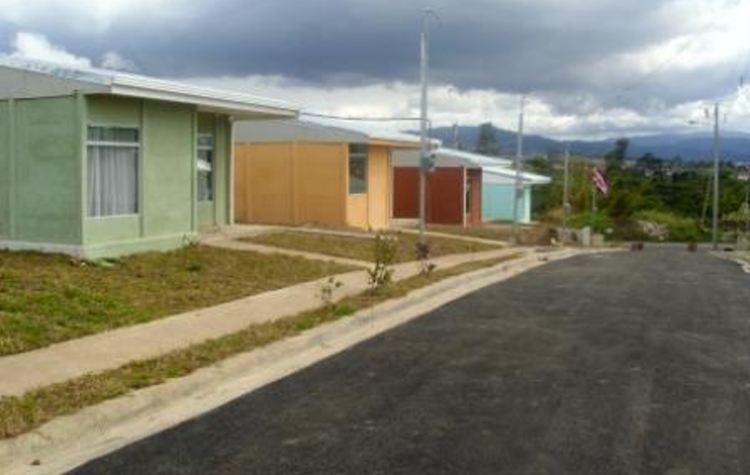 Still another scandal rocked the beleaguered housing authority INVU, dedicated to providing housing to the poor. La Nacion reported Tuesday that 13 poor families had been excluded from getting homes in the El Faro project in Guarari de Heredia because they could not pay illegal “fees” to the administrator of the project. 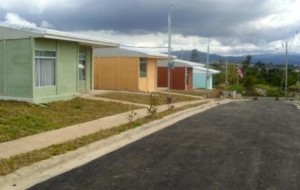 In their place, chief of the Las Orquideas Housing Association, Ligia Murillo, elected to place families from as far away as Perez Zeledon and Leon XIII at Tibas who could pay the 5,000 colon per month fee. Some of the rejected families have lived in slums for 20 years.

“Yes, fees are collected but I don’t have to tell you how much was charged,” snarled Murillo defiantly at La Nacion reporters, “If you see something incorrect in this or say that these families aren’t from Guarari, go and ask at INVU. They’re the ones that have to finance this.

“I can’t tell if they lied or not … The families that were excluded, were denied access because they didn’t want to be included in the process,” she added. (See More Trouble at INVU: Houses Defective, INVU Fires Two Top Officials in Scandal, INVU Officials Charged with Corruption)

Article 35 of the regulations for selecting families to receive houses specifies that “there must be no clauses…of the association that imposes payment of sums of money or quotas on beneficiaries for their eventual selection as beneficiaries.”

But that was not all that La Nacion reported. In November of 2012, the 13 holdout families received letters of eviction within 15 days from INVU, essentially turning them out of their slum. The families filed a suit against INVU to stop the eviction which brought the process to a halt.

The court returned a ruling of caution to the El Faro project. But the ruling did not mention the payment demanded of the project’s beneficiaries although the complaint mentioned it.

“We continued paying 5,000 colones. The payment kept coming since 2008 — I paid,” Marguerita Martinez told the paper,”In 2012 I couldn’t pay Ligia Murillo so she decided to take me off the list. For one who lives in poverty, 5,000 colones means a lot.”

The court’s freezing of the billion colon project has discomfited INVU board chairman Alvaro Gonzalez. He says an INVU team has already sat down with lawyers for the excluded families to come to some conciliation. Murillo also heads the associations administering two other project, one at Heredia and the other in San Carlos.

As for Murillo, she responded to La Nacion’s questions with a verbal shrug. “If some regulation of INVU has been violated, INVU will decide what to do. I can’t answer…,” she said.

QCOSTARICA - For today, Saturday, September 11, there are...
Politics