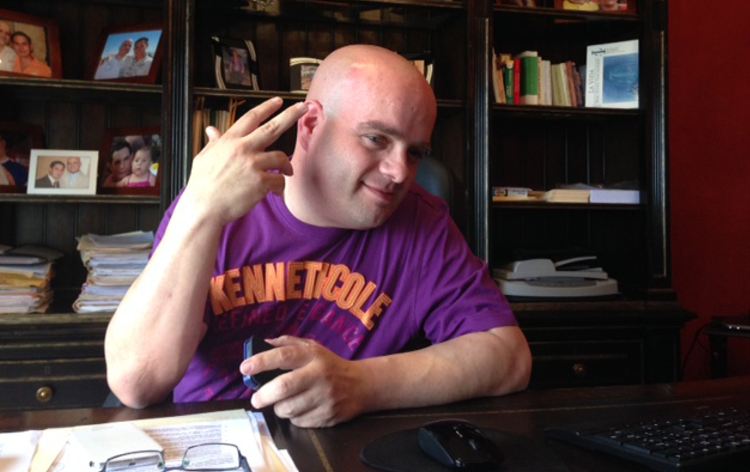 Early this Friday morning paramedics responded to a call at the home of Matteo Quintavalle, in San Rafael de Escasú, the Italian at the centre of a number of alleged frauds, including the latest that resulted in the rain of his home by judicial agents only two days ago.

When paramedics arrived at the home of Quintavalle they found him uncoscious, pulseless and not breathing. Efforts to revive  him were unsuccesful.

The director of communications for the Cruz Roja, Arnoldo Alpízar, confirmed the death at 7:30am.

The Italian has been involved in several cases of alleged fraud since his arrival in Costa Rica in 1998. In the latest, this week, the Organismo de Investigación Judicial (OIJ) accused him of being the mastermind in a real estate fraud amounting to US$2 million dollars.

Quintavalle gained notoriety in 2006 when he aquired a number of Costa Rica soccer players and attempted to buy a soccer team, leading to charges of fraud by more than 100 investors, including Americans.

QCOSTARICA - The pandemic caused by Covid-19 fuels the strategy of positioning Costa Rica as a world destination to develop wellness tourism, since travelers...
Corrupion