Antonio Banderas Says “Los 33” Will Reflect on Value of Humanity

(TODAY COLOMBIA) Spanish actor Antonio Banderas, who will star in the movie “Los 33” about the miners who were trapped more than two months down a mineshaft 622 meters (2,039 feet) deep in Chile, said Saturday that the production will reflect on the value of humanity. 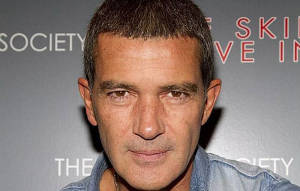 Banderas made his comments at a meeting Saturday with Colombian President Juan Manuel Santos, where he was accompanied by the production team of the film that will be shot in the salt mines of Nemocon, 65 kilometers (40 miles) north of Bogota.

According to Banderas, the film will seek “to make us reflect on life,” because it will be “like a magnifying glass” placed over this epic story in order to “pry into the hearts and souls of the characters” who by chance became the leading figures in a lesson about life.

In the production, Banderas will play Mario Sepulveda, the leader of the 33 miners who in August 2010 were trapped 622 meters (2,039 feet) down Chile’s San Jose Mine, where they remained for 69 days until they were rescued with a capsule that NASA helped to design.

Q24N - Several protests broke out in Brasilia and...
Politics