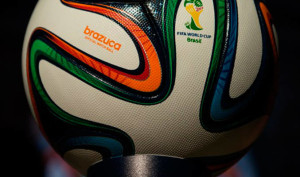 Four travel agents in Costa Rica were fined for false or deceptive advertising for trips to the World Cup 2014 in Brazil.  Each of the travel agencies were fine ¢2.2 million colones (US$4.400 dollars).

According to the director of the Oficina de Apoyo al Consumidor (Office of Consumer Support), Cynthia Zapata, only Viajes Colón may offer/include/sell tickets to the World Cup with the purchase of transportation services, accommodation, meals and airline tickets. 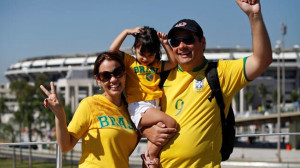 Football fans have until 12.00 (CET) on 30 January 2014 to apply for tickets on www.FIFA.com/tickets. During this sales period, all fans have an equal chance to be successful, regardless of the date of the ticket request, as all requests will be amalgamated at the end of the phase and processed together. In the event that the number of requests received per product and category exceeds the number of tickets available, a lottery will be held to determine the successful applicants.

FIFA has reserved 16% of the tickets for every match for fans from both teams (8% per team per match), including tickets for Brazilian and Croatian fans for the opening match at Arena Corinthians in São Paulo on 12 June 2014. To be eligible for PMA tickets, applicants must either reside in or be a national of the country whose match they wish to attend. In this quota, only tickets from categories 1-3 are available.

QCOSTARICA - Ever wonder why your surfing on the Internet slows down, to even a crawl, mainly in the evenings? This is due to...
Pura Vida

QCOSTARICA - The future of tourism operators in Costa Rica depends on the political will to approve a package of bills that favors the...
Economy