Araya: ‘I have been a victim of Hacienda’ 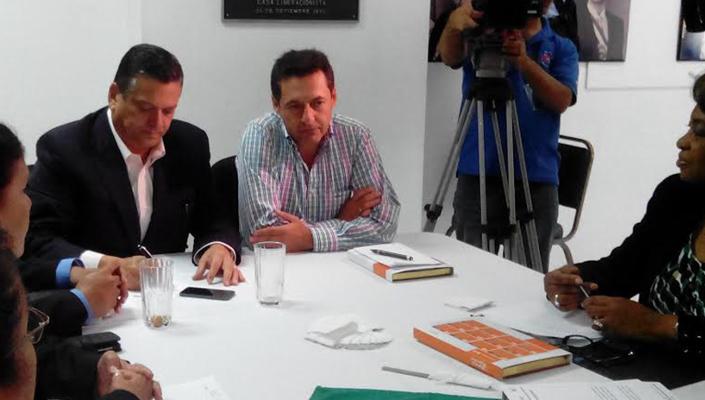 Presidential candidate Johnny Araya said on Thursday that he is “a victim of the Ministry of Finance (Ministerio de Hacienda)” because of an “error” in the notice he received from the Department of Taxation, on Wednesday, for information on five transactions.

The Partido Liberación Nacional (PLN) candidate added that he was the subject of a “media driven show” organized by union leader, Albino Vargas, who tweeted that Araya would be notified at his home, minutes before the notice arrived.

Taxation is requesting that the poitician report, within 10 days, provide information on five transactions: the purchase of a vehicle, the purchase of some furniture, a gift for his wife, the paying off of interest to the Banco de Costa Rica (BCR) on a loan, and a payment of ¢160 million colones to the Instituto Nacional de Seguros (INS) – state insurer.

Araya stated that he never made such payment to the INS. The state insurer confirmed Thursday night that there had been an error in their information systems, that the amount was actually a payment on an insurance policy for volunteers and athletres of the X Juegos Deportivos Centroamericanos 2013,  in San José, an organization that was legally represented and chaired by the Araya.

“I believe it is totally unfair what Taxation has done”, said Araya.

Araya also admitted that he may erred in calling the Ministro de Hacienda, Edgar Ayales, to learn more about the case. “Maybe it was inappropriate and I can recognize it as an error. However, I want to say I have been a victim of Hacienda because they are doing something in an undue manner, and when the information is so inaccurate, more reason not to have done it”.

Carlos Vargas, director of Taxation, said that any person or entity registered as a taxpayuer must file each year the income tax statement D-151, which was done by Araya.

Vargas explained taxpayers are required to reprot all purchases or sales of goods valued over ¢2.5 million colones (US$5.000) and professional services of more than ¢50.000 (US$100). In 2012, the Ley de Fortalecimiento Tributario (Income Tax Act) was amended, however, the amendement was suspended by the Constitutional Court.