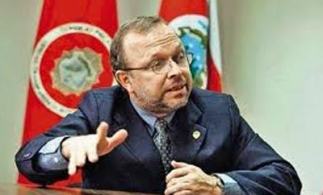 Impunity in Guatemala has fallen from 93 percent to 70 percent over the last six years, according to the country’s anti-impunity body, but whether this can be sustained without the current levels of international pressure remains to be seen.

The head of the International Commission Against Impunity in Guatemala (CICIG), Francisco Dall’Anese, announced the drop as he presented the group’s sixth annual report, reported the Associated Press.

“They are not optimal figures, but they are significant changes,” said Dall’Anese.

At the beginning of September, Dall’Anese will stand down from his role as head of the CICIG, citing personal reasons for his resignation.

The 23 percent drop announced by the CICIG, show that in recent years Guatemala has made huge strides in tackling a deeply ingrained culture of impunity.

Over the last six years, the country has seen numerous landmark cases, including the trial of former President Alfonso Portillo — who was acquitted but later extradited — and former dictator Efrain Rios Montt, whose trial on genocide charges continues after his conviction was annulled. There have also been efforts to purge corrupt officials in both the police and the judicial system, with the CICIG publicly naming 18 “judges of impunity.”

However, behind much of this progress has been the efforts of the CICIG, which was created by the United Nations and has served as a conduit for the international community to exert pressure on the Guatemalan authorities. During its time, the CICIG has made powerful enemies within the country, and has been repeatedly targeted by smear campaigns.

The CICIG’s current mandate will expire in September 2015, and President Otto Perez Molina has announced he has no intention of renewing it. As a result, the question remains of whether the situation will continue to improve once the CICIG leaves the country or whether its opponents will take the opportunity to reverse the gains to date.