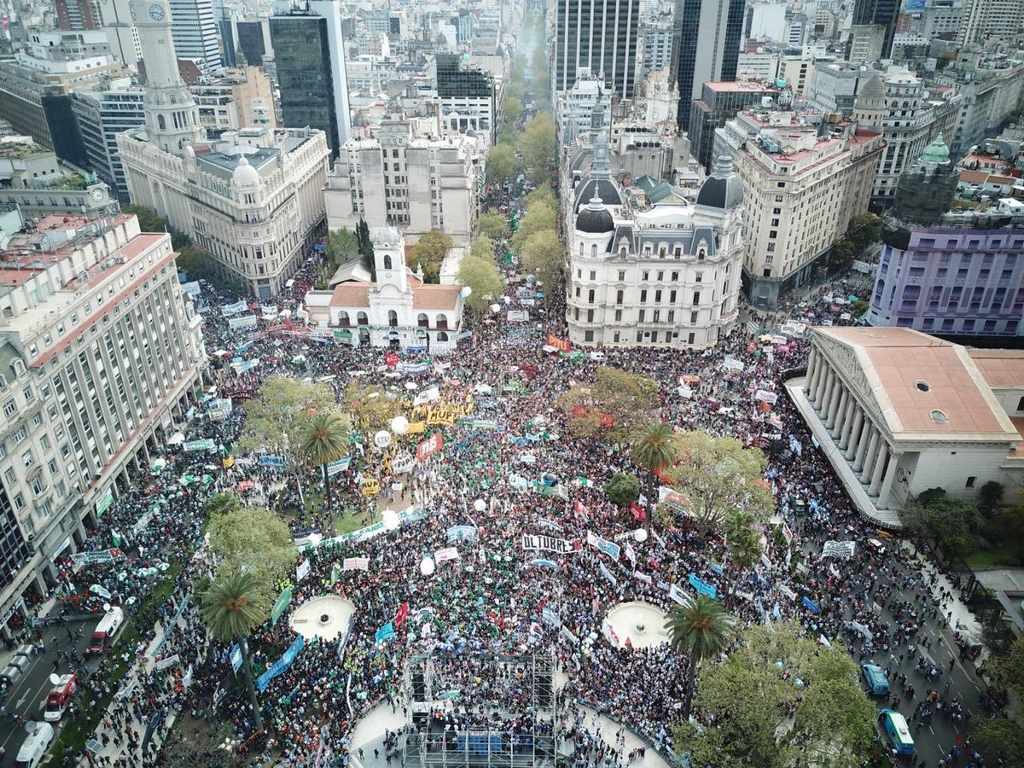 QCOSTARICA - A San Jose bar had to resort...
Read more

The Argentine Workers’ Central Union, widely known as the CTA organized a 36-hour strike across the country starting Monday, the second strike Argentina has faced within a month. Previously, on Sept.12, public sector employees and employees from educational institutions walked out of their jobs to protest the austerity measures of the Mauricio Macri government.

The strike began with an event at the Pueyrredón Bridge, which will be headed by Barrios de Pie, the Clasista y Combativa Current (CCC), and the Confederation of Workers of the Popular Economy (CTEP), in addition to the CTA Perón (Workers’ Central).

Social organizations will then join the mobilization that will end with an act at the capital’s Plaza de Mayo. They, together with a fraction of the Autonomous CTA, will cut the entrance to the city of Buenos Aires from Avellaneda, which will bring the city to a standstill.

“The message to the government is to listen to the voice of the people. On Tuesday, there will be a forceful stoppage for the government to change economic policy. In the speeches, they say that we are doing well, but proof that this is not the case is visible to everyone, “said Carlos Acuña, one of the three general secretaries of the CGT.

President Mauricio Macri signed a US$50 billion deal with the International Monetary Fund (IMF) that is supposed to reduce Argentina’s debt. But since the announcement of the deal in June, the Argentine peso has devalued 30 percent against the US dollar.

Macri claimed that austerity policies will help the fiscal condition of the country but workers have experienced 34 percent inflation since last year without any wage increase.

The country’s largest labor union, CGT warned before its strike call for Tuesday that if labor strikes do not sway the government, it can expect growing protests in the next months. If that also doesn’t work, the CGT will call for an indefinite strike to force Macri to negotiate with workers.

QCOSTARICA - The number one brand of Scotch whiskey...
National

QCOSTARICA - For the second day in a row,...