COSTA RICA NEWS — Attorney General (Fiscal General in Spanish) Jorge Chavarría Guzmán this week accused legislators of several parties of launching a campaign against him. He was re-elected by the Court Oct. 6 for another four-year term but the blast from the normally apolitical official came as a surprise. 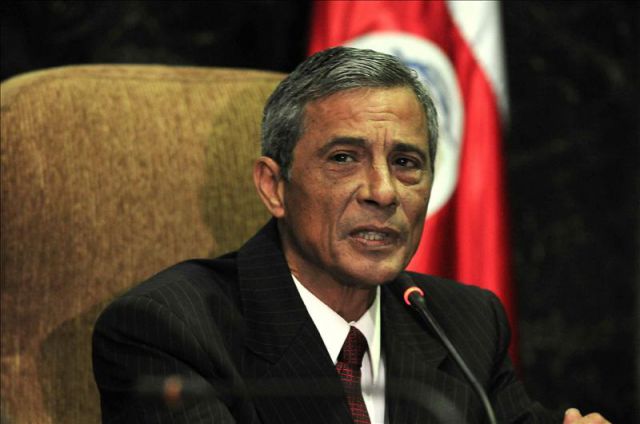 Friday, 17 legislators from the Partido Accion Cuidadana (PAC), Partido Unidad Social Cristiana (PUSC) and the Frente Amplio (FA) sent a letter to the Court under whose direction the Fiscal works as a part of the Napoleonic Code used in this country. The letter will be read to the court officials Monday.

The legislators asked the court to “reconsider” his re-election. “Things should be called by name,” Chavarria said, “This is nothing but political persecution because there are no arguments.” He attributed the letter to his handling of three issues of corruption: the La Trocha border road, Soresco-Recope and La Crucitas gold mine.

“I’m not going to the Legislative Assembly to explain a case because my role as chief prosecutor is independent,” he said defiantly, “and does not depend on any politician. Neither will I explain to the Court (the 22 judges that make policy) because I have functional independence.”

Five months before his re-election, he announced that he would not be a candidate for the post but changed his mind after a petition signed by 278 prosecutors (Fiscales) asked him to reconsider. He said that he suffered exhaustion during first term by politically charged cases like the payment of consultants of the Central American Economic Integration Bank by the Arias Administration.

Legislators interviewed by La Nacion felt that Chavarria has not brought to trial important cases and noted that he had spent six months as President Laura Chinchilla’s Deputy Security Minister and may have been tainted by his contacts with the Partido Liberacion Nacional (PLN) political party.

Although admitting that investigation of the corruption cases had to be handled with care and could not be rushed, one legislator told La Nacion that he appeared to be dragging his feet on tough cases. To draw attention to the controversy, a demonstration is planned for Monday at the court.

But the letter and the demonstration may be merely opposition parties attempting to bring about a speedy trial of the Chinchilla Administration’s biggest scandals plus a fear that they could be swept under the rug.

Article by iNews.co.cr, with editiong by the Q!  Posted with permission