Indicator amounts to 1.2 infections for each patient, according to CCP calculations for August 26; If the trend continues, as of September 26, there would be 1,650 daily cases and 760 hospitalized, 270 of them in ICU

Indicator amounts to 1.2 infections for each patient, according to CCP calculations for August 26; If the trend continues, as of September 26, there would be 1,650 daily cases and 760 hospitalized, 270 of them in ICU

(QCOSTARICA) The restrictions on the mobility of the population programmed or “closed phase” in August to curb the COVID-19 failed to lower the contagion rate of the new coronavirus.

Far from falling below one, as expected, the R rate of reproduction rose from 1.1 to 1.2, according to the measurement reported on August 26 by the Central American Population Center (CCP), from the University of Costa Rica (UCR). 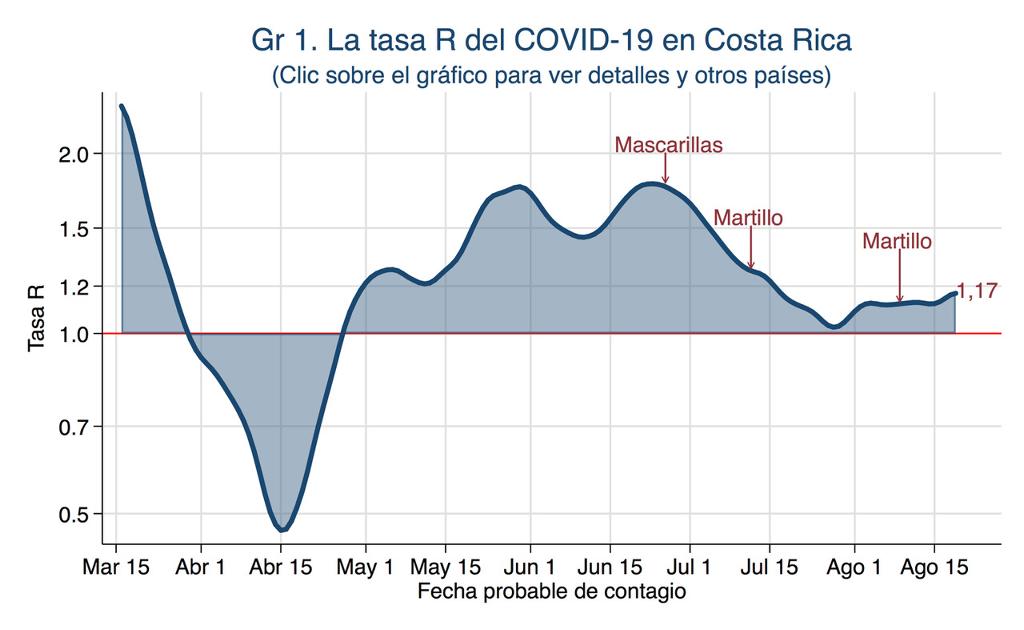 This calculation, clarifies the CCP, corresponds to infections that occurred around Thursday, August 20.

The projection is that, if the trend continues, the number of daily cases would reach 1,650 by September 26, with 760 hospitalized, of which 270 in an Intensive Care Unit (ICU).

Currently, there are 400 people hospitalized, of which 143 of them in the ICU and 386 deaths, reported the Ministry of Health on August 26, at the same time that government authorities, led by President Carlos Alvarado, announced more open measures for September. 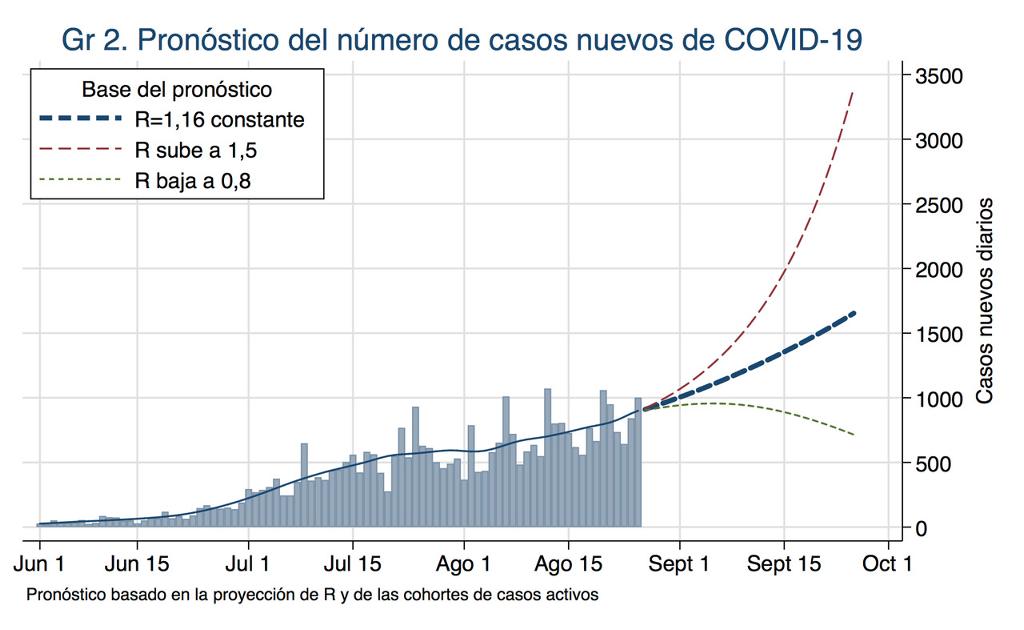 “This projected number of new cases can vary between 700 and 3,400 depending on whether the R (reproduction rate) decreases or continues to increase.

“It is clear, then, that the new wave of restrictions (hammer) that started on August 8 did not achieve the desired objective of reducing the R rate below one. The mobility and interaction restrictions imposed are reflected in a reduction of just one percentage point in Google’s mobility index. These restrictions evidently did not manage to reduce the R rate,” comments the weekly update by the CCP.

Experts warn that this could be because the restrictions have only had an effect in the Greater Metropolitan Area (GAM), but that the emergence of outbreaks in other places concealed that impact.

“The lack of results calls into question the effectiveness of the policy of restrictions in this new period,” they conclude.

According to the CCP “Costa Rica is in the fifth-lowest place in Latin America, but gradually losing positions.” 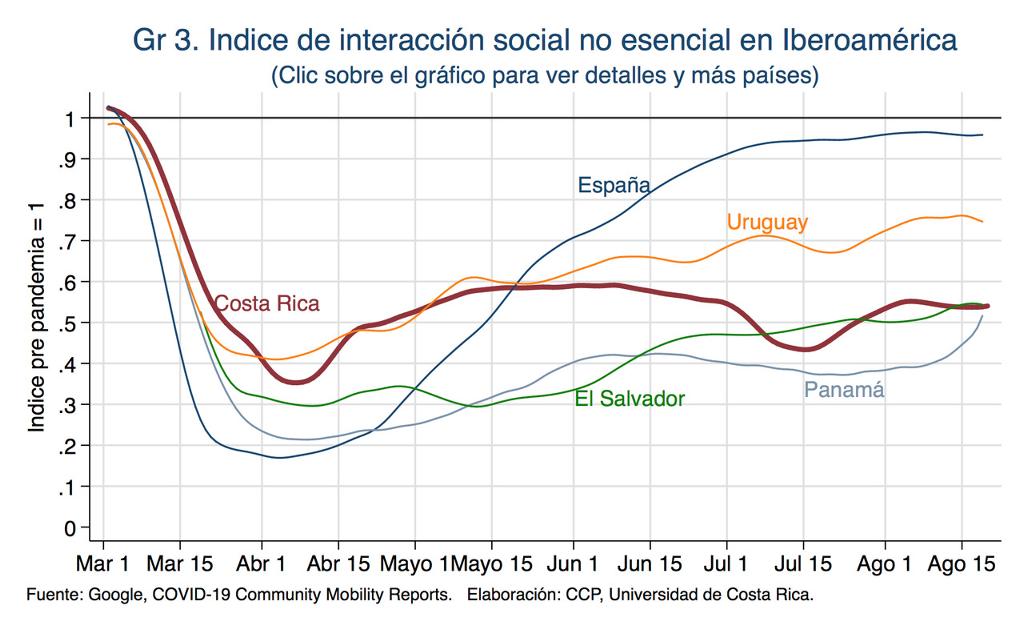 It points out as a positive element that Costa Rica still remains among the countries with the lowest mortality from COVID-19 in Latin America, with 70 accumulated deaths per 100,000 elderly people.

The CCP warns, as they have been doing in recent weeks, that the country “is gradually moving away from the select group with minimal mortality ratios, made up of Uruguay, Paraguay, and Cuba, in which the pandemic has had little impact … until now”.

Projections of the Center for Research in Pure and Applied Mathematics (CIMPA), for the Ministry of Health, presented on August 8, indicated that the country would reach 35,000 accumulated cases on September 5.

Other estimates, from July, which did not contemplate the scenarios of closings and openings programmed in recent weeks by the government, indicated that the figure would be recorded until the end of September.

That figure was reached on August 24.

Previous articleU.S. sees unnecessary COVID-19 testing in asymptomatic people
Next articleIf masks prevent the COVID-19 spread, then why do doctors and nurses get infected?

QCOSTARICA - "I'm looking for oxygen because I have two sick...
Read more
- paying the bills -

There are many legal ways to make money in...
Politics