Avianca, which owns the routes of TACA and LACSA, announced the suspension of direct flights between San José and Miami. The airline says it offers passengers two options daily through its hub in San Salvador. 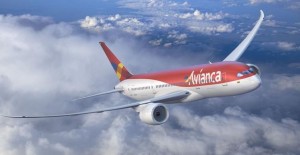 The change is effective on Thursday, January 16.

Claudia Arenas, director of corporate affairs at the Colombian airline, said the decision is based on profitability and the ability of providing quality service.

Passengers affected by the change will be offered the new route or can choose a full or partial refund, according to the statement by Arenas.’

In May last year, the airline suspended direct flights between San José and Los Angeles, New York, Havana (Cuba), Quito (Ecuador) and Guayaquil (Ecudador). Those cities are all served through the San Salvaodr hub.

QCOSTARICA - President Carlos Alvarado said he has all the confidence in his Minister of Public Works and Transport (MOPT, Rodolfo Méndez Mata, and...
Vaccine

QCOSTARICA - This week there could be very good news for the country in the fight against the coronavirus pandemic if the College of...
Banking

QCOSTARICA - Ever wonder why your surfing on the Internet slows down, to even a crawl, mainly in the evenings? This is due to...
Redaqted