With three weeks to the elections, and as part of his campaign strategy, the presidential candidate for the Movimiento Libertario party, Otto Guevera, on Friday outlined his choices for a potential cabinet in the event he wins the elections. 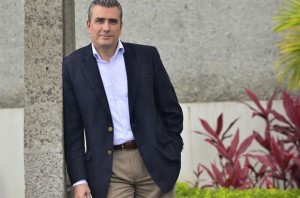 The names announced by Guevara are “his” choice for cabinet posts, in an effort to structure a “professional, ethical and technical” group of individuals.

“I am the conductor and I need all ministers and CEO’s (of public institutions) to work according to my ideological lines”, said Guevara.

The choices announced by Guevara have not necessiraly accepted a potential cabinet post, or even been asked in some cases, like the choice of Rodolfo Piza, presidential candidate for the PUSC party, at the helm of the Central Bank and/or the Caja Costarricense de Seguro Social (CCSS).

When asked by the press, Piza replied, “I have no special interest in a chamba (loosely translate as, job)…I hope to bring my experience to the presidency”.

Other names mentioned by Guevara are Bernd Niehaus in the Foreign Ministry; Franz Tattenbach in Environment; and Alvaro Ramos in Security.

Ramos told La Nacion, “I’m not participating in the campaign in the least”.

QCOSTARICA - For years, Tilarán has seen the transit of tourists heading towards Lake Arenal, the homonymous volcano and La Fortuna or towards Monteverde. At...
Economic Recovery