17.000 surgeries await the new operating rooms with a capacity of only 1.200 per month 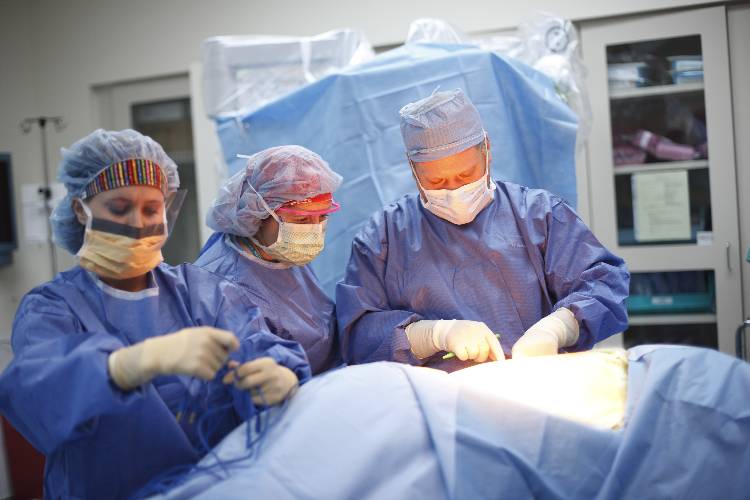 The waiting list for surgery at the San Juan de Dios hospital in downtown San José stands at 17.000, and growing daily, while the medical centre can only handle some 1.200 surgeries per month. That is the work load awaiting state doctors and the 15 new operating rooms that were inaugurated on Thursday.

With an investment of  ¢6.9 billion colones (US$13.8 millon dollars), the 2.400 square metre (public hospital operating centre is not much comfort those who have to wait for more than a year for their operation.

According to Guido Silverio, chief of surgery at San Juan de Dios, the waiting list is growing constantly with new patients.

The majority of the waiting surgeries are for orthopedics, general surgery an thoracic. The operating rooms will also be used of surgical ophthalmology, plastic surgery, neurosurgery, renal transplantation, urology, cardiac surgery, outpatient and emergency.

The new operating rooms were built, with delays of more than 18 months, when the existing operating rooms at the hospital had problems with water filtration and constant failures of the air conditioning system, among others, that threatened the use of the operating rooms.

The CCSS will be starting in two weeks the reconstruction of eight operating at the adjacent Hospital Nacional de Niños (Children’s Hospital). That project has a budget of ¢2 billion colones.

Also four operating rooms are being remodeled at the Hospital La Anexión de Nicoya (Guanacaste), as the CCSS continues to update its medical facilities infrastructure.

Today, Friday, June 11, only EVENS can circulate. The measure is countrywide and applied between 5:00 am and 9:00 pm, save for those under the...
Coronavirus

Q REPORTS (DW) In Peru, the left-wing village school teacher Pedro Castillo has in all probability been elected the new president. The fact that...
Economic Recovery