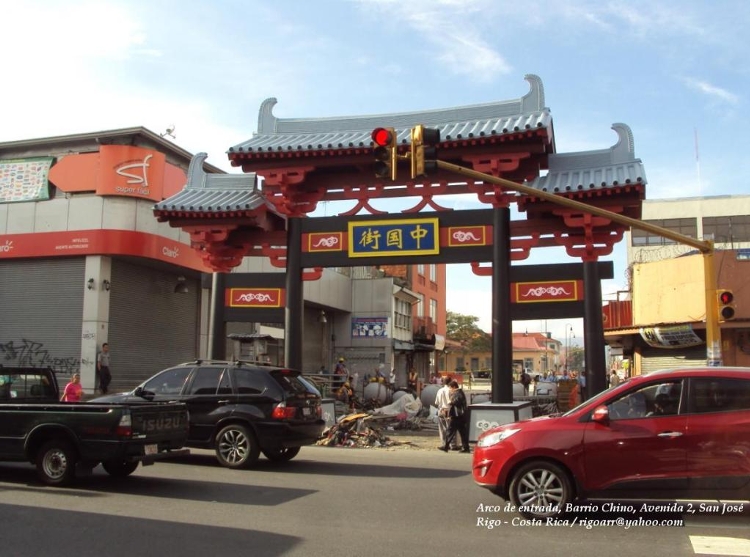 The half million dollar structure designed by a Costa Rican architect, Mariano Ureña, (who is not Chinese or even Chinese/Costa Rican) will be the crowning touch on a project begun during the Arias Administration.

The entranceway to the street will be 40 feet high and 50 feet wide, large enough to permit passage of the country’s largest fire engine in case of emergency.

The design has a heavy Tang dynasty influence except that eight concrete spheres are incorporated in it to evoke an idea of pre-Columbian spheres which most archaeologists attribute to early indigenous tribes.

The original idea of the barrio in southeastern San Jose is to group Chinese businesses there in tribute to the rich cultural heritage brought by Chinese immigrants.

The district had a few Chinese restaurants in the area but no more than other business districts. Signs of blight were appearing in the district once filled with hardware stores that have now moved to malls.

However, not far from Paseo de los Estudiantes, two of the best Chinese restaurants in the country have done business for years — the Tin-Jo and the Don Wang.

San Jose’s Chinatown is expected to be finished in November.