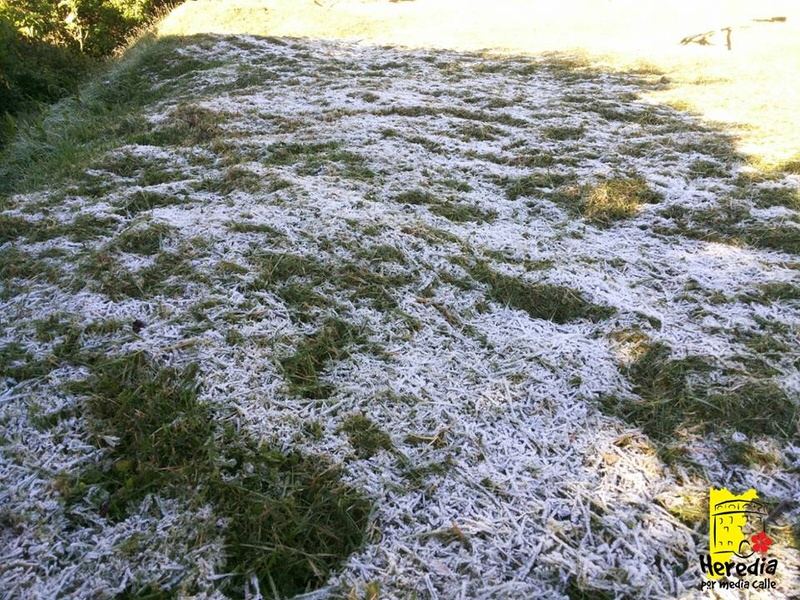 QCOSTARICA – Temperatures as low as 5 Celsius (41 Fahrenheit) and cold winds led to the appearance of the first frost (escarcha in Spanish) on the grasslands of the Barva volcano in Heredia.

The phenomenon surprised the park rangers who posted photos and videos on the social networks.

Solano added that there is no weather station at the Barva volcano, so it was not possible to say for certain that the temperature dropped to freezing.

But, weather stations at the Turrialba and Irazu volcanos recorded the low temperature of 5 Celsius during the night and early morning.