TODAY VENEZUELA – Minister of Defense Vladimir Padrino López rejected on Thursday the actions of the new board of directors of the National Assembly, as it ordered to remove the images of Liberator Simón Bolivar, late president Hugo Chávez, and President Nicolás Maduro from the Capitol.

“The entire homeland has been outraged through an offensive, arrogant, and overbearing attitude against the eternal memory of our Liberator Simón Bolívar, who is the father of the homeland (…) It is also an outrage against the memory of an outstanding son of Bolívar, supreme commander Hugo Chávez, the Bolivarian National Armed Forces (FANB), and the military honor,” he stated.

Minister Padrino López urged the new Parliament board to stop this type of actions, as they do not contribute to coexistence, harmony, understanding, and peace among Venezuelans.

In an article by Lapatilla.com, in a decree signed on November 28, 2010, Hugo Chavez banned the use of his image.

Hugo Chavez died without repealing Decree No. 39,556, which continues in force, but his image is morbidly used today by those seeking to score political points with their use. 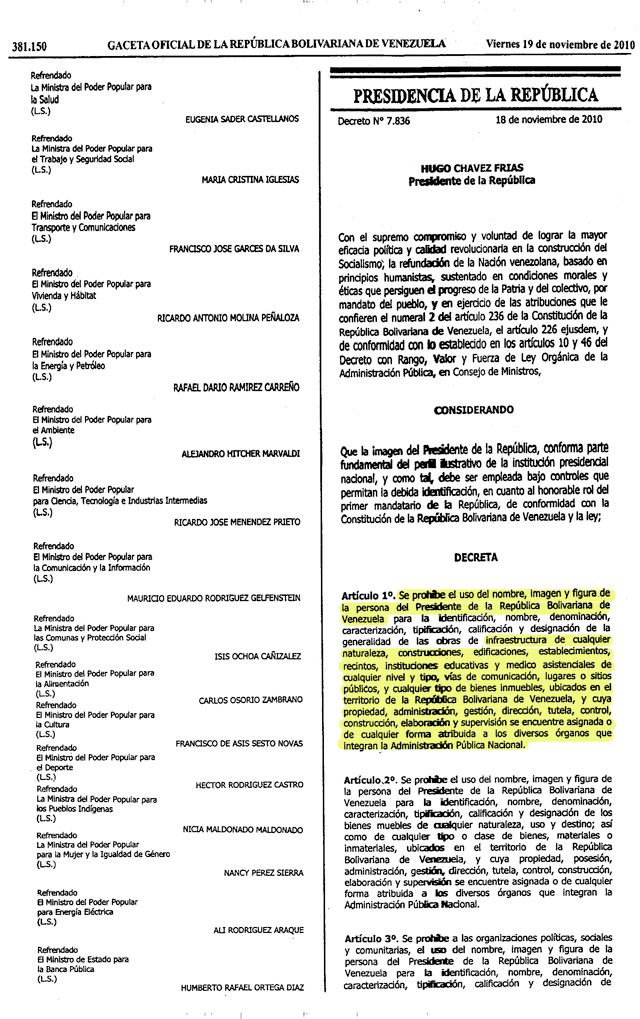