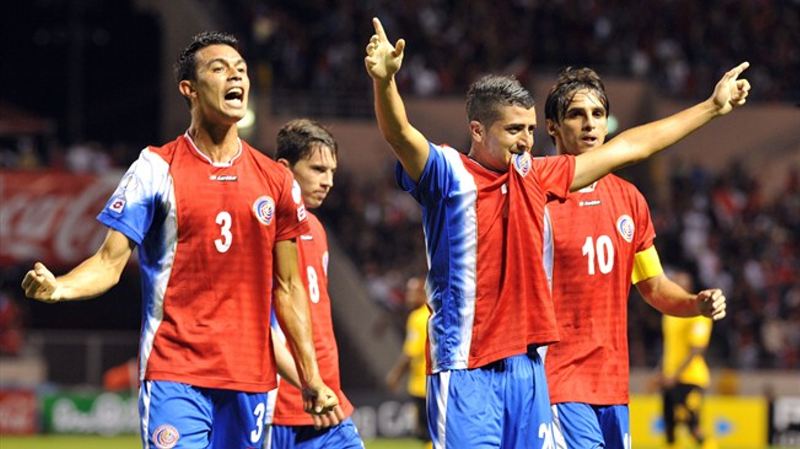 COSTA RICA NEWS  – Three thousand years ago on a battlefield in ancient Palestine, a shepherd boy felled a mighty warrior with nothing more than a stone and a sling. David’s victory was improbable and miraculous. He shouldn’t have won.

Today, could Costa Rica pull off the improbable and a miracle against the Italians?

Against Uruguay, Costa Rica was tenacious. They kept pounding. But Italy is not Uruguay and the Ticos have also lost the element of surprise and Italy will be ready.

Unlike Uruguay’s simple 4-4-2, Italy will pack the midfield and have a clear numerical advantage against Costa Rica’s 5-4-1 to dominate that area of the pitch. It will be impossible for Costa Rica to keep tight on Andrea Pirlo, giving the playmaker the chance to control the play and pick passes at will. The greater control of possession is also likely to prevent Costa Rica from being able to get their wide defenders forward thus cutting off a key attacking avenue.

Expect Italy to attempt to get the goals needed early on in order that they can take their foot off the gas as the heat begins to take its toll.

While Costa Rica pulled off the biggest surprise in the World Cup so far, oddsmakers nor bettors seem to believe the Ticos can pull off another shocker.

Costa Rica’s big gun is Joel Campbell, who scored in the Uruguay match and also registered an assist. The Costa Rica defense will have a lot of pressure on them in this game, facing an Italian team that has scored in 15 straight World Cup group-stage games.

The Italians also boast a solid defense. Costa Rica will have to rely on the counter-attack to score. Italy probably won’t be in the mood to be a second upset victim and will play a conservative game to limit Costa Rica’s openings.

The Azzurri have too much talent for Costa Rica to deal with and, more importantly, they have a much better midfield. The match will not be a blowout, but Italy will win.

Can be seen on:

Despite the fact that COVID-19 is slowing down the...
Consumption