Beyond the border: Costa Rica and Nicaragua

QCOSTARICA TRAVEL  by Killian Foz, BA.com – Until recently, Las Tablillas amounted to a few buildings and a police checkpoint. But its quiet days are almost over, as it now marks the revamped crossing between Costa Rica and Nicaragua.

As Killian Fox discovers, this has opened up new paths to travellers in more ways than one. 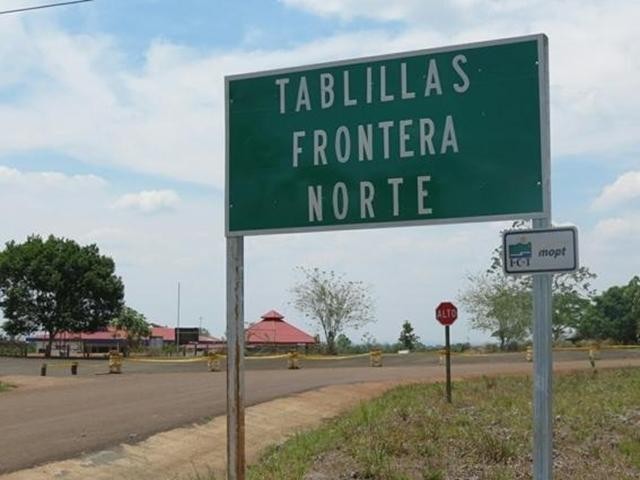 It’s 32°C and staggeringly humidat Las Tablillas, the new border crossing between Costa Rica and Nicaragua, and time, as it has a habit of doing at customs posts, has slowed down to a crawl. On the Nicaragua side, a long queue coagulates as counters open and close seemingly at random and immigration officials linger over their paperwork. At the bag-search table, a smiling young woman sports a ‘Keep Calm and Carry On’ T-shirt. Easier said than done. The only things going anywhere at Las Tablillas are the dragonflies, flitting about in the burning sun.

The sense of impatience one feels here, at the midpoint of a 194 mile border zigzagging between two oceans, is heightened by the fact that there’s so much to see on either side. To the south lie perfectly conical volcanoes and Costa Rica’s majestic cloud forests, teeming with a bewildering variety of wildlife, while immediately to the north flows the historic San Juan River, which connects Lake Nicaragua to the Atlantic.

But the crossing used to be much more sluggish. Before Las Tablillas opened in May 2015, at a cost of more than £2.5m, travellers entering Nicaragua here had to take a slow boat from Los Chiles, on the Costa Rican side, to San Carlos. Now, once your passport has been stamped and your bags cursorily searched, you can zoom across the brand-new Santa Fe Bridge and along a recently-paved highway all the way to Managua.

I arrived here having approached the border from the south, starting in the Costa Rican capital San José and taking the scenic route northwards. En route I visited the mountainous Monteverde Cloud Forest Reserve, with its cascades of jungle wreathed in clouds, and spent a couple of nights in the shadow of the Arenal Volcano. Crossing into Nicaragua, I drifted around the San Juan River for a few days before winding up in the lakeside city of Granada.

The journey would have been quicker had I gone via the other, busier border crossing at Peñas Blancas, near the Pacific coast, but I fancied something a little more adventurous, with a greater chance of seeing spider monkeys and colourful birdlife. The difference between the two routes, according to my Costa Rican guide Hector, boils down to ‘This way more nature, that way more beach’.
BA_HighLife_CostaRica-5837(AL).jpg

He wasn’t exaggerating about the nature part. On my first trek in the Monteverde Cloud Forest Reserve, I see long-horned beetles, iridescent blue morpho butterflies bigger than my hand and a pink-and-white orchid trailing coquettishly from a branch, just out of reach. Hector points out a black-faced solitaire bird, whose call sounds like a squeaky hinge, and we hear the strange car-alarm cry of a three-wattled bellbird.

Every visitor here longs to see a quetzal, a paradisiacal bird with green and red plumage and an ostentatiously long tail, but only the lucky few get a glimpse. Sadly the quetzals are otherwise engaged during my visit, but the reserve has 400 other bird species — not to mention 1,200 amphibian and reptile species and more than 100 species of mammal — to keep me occupied.

Though remote, and accessible only by winding, axle-crunching dirt roads, Monteverde has an unexpectedly cosmopolitan feel. In the main town, Santa Elena, you’ll find high-end hotels and sushi and taco restaurants. Before leaving, I stumble upon a coffee shop called Beso Espresso, which would look perfectly at home in London or New York. The young barista, Pamela Vargas, explains the flavour profiles of each bean and uses a trendy Chemex drip-brewer to make my coffee. Were it not for the tropical rainstorm outside, you could be in any European capital. Costa Rica caters extremely well to international visitors, especially eco-tourists: vast swathes of the country — around 27 per cent — have been protected as national parks and reserves.

The day after, I arrive at Arenal Volcano National Park: the fertile area of the northern lowlands with an eponymous volcano. I go kayaking around the artificially enlarged Lake Arenal and walking on 70m-high hanging bridges through resplendent rainforest. Adrenaline-junkies can also try flyboarding on the lake or ziplining through the rainforest. Later, there’s time to decompress at the Tabacón Grand Spa Thermal Resort, with its impressive spa and labyrinth of hot springs.

It’s in Arenal that my sense of the country’s mindboggling biological wealth comes into sharper focus — Costa Rica has 0.03 per cent of the Earth’s land mass, but 5 per cent of its biodiversity. Armed with a torch, I join a night walk at Arenal Natura Ecological Park. It’s led by an aspiring nature photographer, Christian, and he warns our group not to expect too much — it’s ‘up to the jungle’ what we are going to see. We set off at a snail’s pace, literally, shining our torches into every hidey-hole and under every leaf. Within minutes we are goggling at red-eyed tree frogs, giant moths and a big orange-back spider mummifying a beetle (a vision this arachnophobe will be grateful never to see again).

By the time I reach the Las Tablillas border crossing, and the aforementioned slow-moving queue at customs to enter Nicaragua, I’m preparing myself for a change of gear. Compared to Costa Rica, which has excellent infrastructure and is easy to get around, travelling in Nicaragua feels a bit more rough-and-ready. Large areas of the country are difficult to access, due to a lack of accessible transport options, but the potential rewards of heading off the beaten track are high. I’ve heard glowing reports from everyone who has ever been here and am hungry to experience the place for myself.

This country is much less developed than its southern neighbour. The second-poorest nation in the Western Hemisphere after Haiti, it still reverberates from the civil war that devastated the country in the 1980s and the economic shocks that followed. But Nicaragua is changing fast. Poverty and unemployment, though still critically high, are gradually decreasing. And in 2014, according to the World Bank, GDP growth stood at 4.7 per cent.

One of the big forces of change is tourism, which has been on the rise since the mid-1990s and is now, after agriculture, the country’s second-largest source of foreign capital. These days more than a million tourists visit per year, many of them drawn by natural wonders — volcanoes, lakes, and national parks — no less magnificent than those south of the border.

If getting off the beaten track was my goal in Nicaragua, it’s satisfied straight away on the San Juan River. Finally freed from my wait at Las Tablillas, I hop in a taxi to the new Santa Fe Bridge, a ten-minute drive, and board a pre-booked boat for El Castillo. This atmospheric little town dating back to the 1670s isn’t accessible by road – the hour-and-a-half boat ride is the only way to get here.

Teetering at the edge of the Devil’s Torrent rapids, with a 17-century conquistador fortress looming overhead, El Castillo feels like a town adrift in history. There are no cars here, only horses and boats, and no Wi-Fi or cash machines to link you to the outside world. It’s low season, so there are hardly any tourists either.

That said, there’s a lot to do. You can escape the morning sun to trace the chocolate-making process from bean to bar at the Coodeprosa cooperative (cocoa is big business in Nicaragua); in the afternoon, there’s time to explore that fortress, which a young Horatio Nelson seized briefly in 1780; and after dark comes the opportunity to do a boat tour in search of caimáns, common basilisks and other scaly nocturnes.

QCOSTARICA - The Ministry of Health issued a new guideline on Thursday that establishes the requirements to request the vaccination certificate against covid-19 in...
Economic Recovery