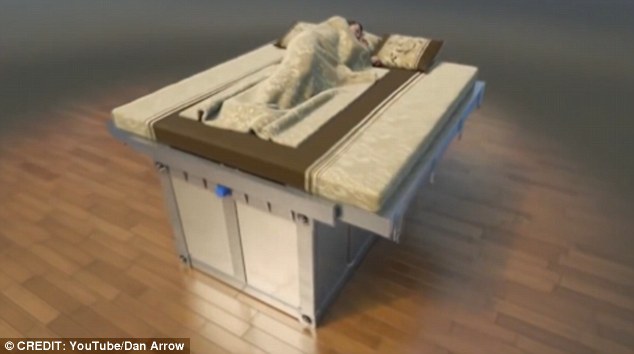 Costa Rica has earthquakes, lots of them. Some are even felt. Few, however, are really to be of concern, like the powerful earthquake that struck Costa Rica’s Pacific coast in October 2012, swaying buildings and sending people running into the streets in San José.

There was no major damage or casualties, however, from the 6.5 quake, was followed by a magnitude-4.5 aftershock, people running out of buildings fearing they would collapse.

But Wang Wenxi, who received a patent in China for the “earthquake-proof bed”, may have the answer for some.  The Chinese inventor, who now has a  new and improved version of an earthquake-proof bed says it will help you survive a worst case scenario. But at what cost?

After watching the video I wonder what a claustrophobic person would prefer in case of an earthquake – to risk dying under a pile of concrete or to be locked inside a frightening bed shelter.

The video generates more questions than answers. What if you’re not lying perfectly on the bed when the disaster hits? Would the top door just cut your arm right off? Or a leg you have sticking out? Is there any ventilation system? Does it activate automatically or would you have to do it in the middle of your sleep?

When you wake up to an earthquake in progress there’s little chance you’re going to be calm, cool, and collected. Is suddenly being sucked into a steel coffin going to help? How do you move the bed after it’s been installed?

Not really sure this concept is the best way to protect yourself from an Earthquake, take a look at the video and tell us what you think.

HOW to Stay safe in an earthquake 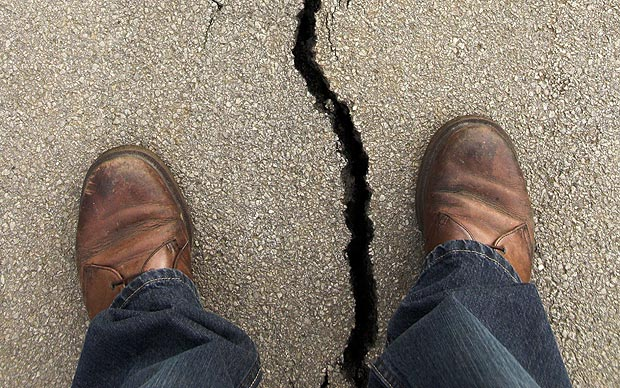 The Earthquake Country Alliance advises protecting yourself after the first jolt, rather than waiting to feel the strength. In most quakes, you will reduce your chance of injury if you:

Drop down onto your hands and knees (before the earthquakes knocks you down). This position protects you from falling, but allows you to still move if necessary

QCOSTARICA - For today, September 19, vehicles with EVEN...
Politics